Kanye West told viewers at a screening for his short film Runaway he had once considered suicide. 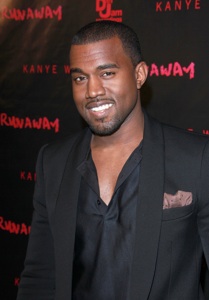 “There were times that I contemplated suicide,” Kanye told the audience. “I will not give up on life again. There’s so many people that will never get the chance to have their voice heard. I do it for them.”

Kanye West is no stranger to drama and scandal, most of it self-created — with the big exception of the 2007 death of his much beloved mother after a botched tummy tuck.

Friends of Kanye were particularly worried after last year’s Taylor Swift incident. One contacted MediaTakeOut shortly afterwards to ask them to call off the dogs because he was so concerned over Kanye’s fragile mental health.

“You guys [in the press] don’t realize that you’re pushing him close to the edge,” the friend said. “In his mindset he could do something crazy. Please go easy on him…”

Let’s hope Kanye’s album cover rejection at the hands of Walmart doesn’t drive him over the edge.