When it comes to TV, No Ordinary Family star Michael Chiklis can do no wrong.

The Commish and The Shield were two outstanding shows and now the Fantastic Four star is back on the small screen in ABC’s latest hit, No Ordinary Family. 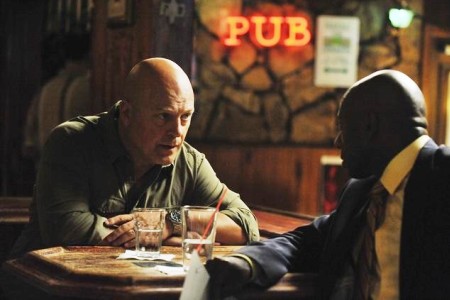 No Ordinary Family, which costars Julie Benz, Kay Panabaker and Jimmy Bennett, follows a seemingly normal family who all gain supernatural powers after they survive a plane crash into the Amazon.

If Lost taught us anything, it’s that plane crashes at the start of a series lead to many good things!

At first, we had our reservations about the show, primarily because the billboard looks pretty weak and Greg Berlanti is one of the show’s executive producers. Greg is a lovely fellow, but his schmaltz levels can be through the roof. While we will always love him for bringing Dirty Sexy Money into our lives, we also just deleted our season pass for his increasingly shrill family melodrama Brothers and Sisters. Honestly, we could never get into Eli Stone.

But thanks to writers from Chuck and Smallville, No Ordinary Family sidesteps Berlanti’s occasionally sudsy saccharine taste (if you doubt us, watch a few episodes of his show Everwood), and delivers tight dialogue, tantalizing cast chemistry and an engaging mystery to unravel. It’s no Lost, but No Ordinary Family keeps you guessing as it weaves a rich narrative that centers on a remarkably relatable family. 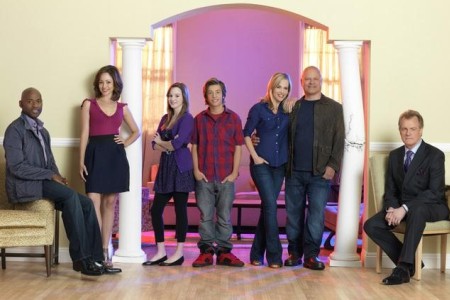 We recently had the chance to sit down with Benz and Chiklis to talk about the show, so stay tuned for more soon but, in the meantime, set your DVR for tonight’s episode.

No Ordinary Family airs Tuesdays at 8 p.m. on ABC.