Mel Gibson will be making an appearance in The Hangover 2! 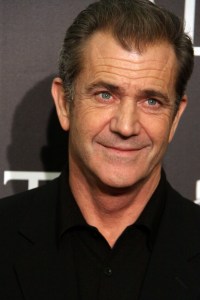 The New York Post recently reported that tarnished Mel Gibson will be joining The Hangover 2 cast on the big screen — but only for a small part.

From the sounds of it, Gibson will be taking on a part much like Mike Tyson’s famed bit in The Hangover that won over audiences.

Mel Gibson “will make a cameo as a tattoo artist. Filming is taking place on the Warner Bros lot, where a Bangkok set has been built, and Mel is expected to film his role in two weeks. Then the production moves to Thailand at the end of October.”

Even friend Jodie Foster is spilling the news. She told Extra, “He really liked the humor in that first [Hangover] movie, so I’m glad he’ll be in it!”

The Hangover garnered smash success and details of The Hangover 2 are being kept a secret.

Bradley Cooper, Ed Helms, Zach Galifianakis, Justin Bartha and Ken Jeong are slated to return to their roles, while reports are saying Heather Graham will not.

Will you watch Mel Gibson as a tattoo artist in The Hangover 2?