Taylor Swift says she doesn’t always like the criticism she receives, but she can take it. Now she’s speaking out against her haters with her Mean lyrics. 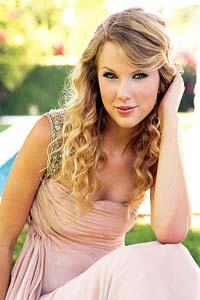 Listen to Taylor Swift’s Mean lyrics and you’ll figure out one thing — she doesn’t care what her haters think.

Mean, another track on her upcoming album Speak Now, takes direct aim at those people who’ve tried to take her down during her meteoric rise to fame.

Swift is known for working her personal life into her songs in great detail. Speak Now takes that trademark honesty up a notch with Mean and Dear John, a song that blasts John Mayer.

Just take a look at the lyrics for Mean and you’ll notice that the seemingly sweet-and-innocent Swift isn’t as clueless as her critics think.

“Washed up and ranting about the same old bitter things. Drunken grumblings about how I can’t sing. But all you are is mean, and a liar, and pathetic,” Swift sings.

Swift knows that she can’t please everyone, no matter how many records she sells or awards she wins.

“When you do what I do, which is you put yourself out there for a lot of people to say whatever they want, there’s a million different opinions,” she told E! News. “I get that, no matter what, you’re going to be criticized for something.”

But, according to Swift, there’s a difference between criticism and hate.

“But I also get that there are different kinds of ways to criticize someone. There’s constructive criticism, there’s professional criticism — and then there’s just being mean” she said. “And there’s a line that you cross when you just start to attack everything about a person.”

We have just a few more days before Speak Now hits stores, but we have a pretty good idea how the album’s going to sound judging by the leaked songs.

Weigh in — will you buy Speak Now when it hits stores on Oct. 25?