In her debut novel, Chosen, Chandra Hoffman weaves a page turner about a young caseworker increasingly entangled in the lives of the adoptive and birth parents she represents, and who faces life-altering choices when an extortion attempt goes horribly wrong. Hoffman caught up with SheKnows to talk about her new book. 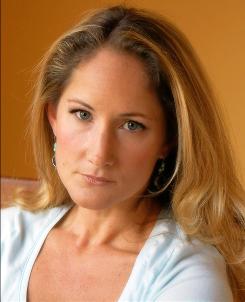 SheKnows: How did you balance writing Chosen with your busy family life?

Chandra Hoffman: This was tricky. My younger two children were born in the five years I was writing Chosen and getting my MFA and running an event planning company, so there was a certain amount of juggling and sacrifice. For one, I stopped watching television and movies, because I felt like this was time wasted when I should be writing. Also, I resisted it for a long time but I’ve finally resigned myself to getting up a few hours before my kids do, which means writing in the dark, usually in bed, so I don’t feel like I’m losing that sleep. This year I am homeschooling so that I can take my kids on book tour with me, so it’s extra challenging. I still don’t think I’ve found the balance, but I’m working on it.

SheKnows: You captured the voices of different characters. What are the keys to creating distinct characters?

Chandra Hoffman: It’s critical to be able to tune into your characters’ unique voices and the easiest way for me to do that is to figure out how they sound out loud. Dialogue is the most natural part of writing to me; once I know how someone sounds, I can get inside their heads and hear how they speak to themselves, eavesdrop on the thoughts tumbling around in their mind before they fall asleep.

SheKnows: The main character, Chloe Pinter, an adoption agent, is told by a nurse once she has children she’ll never be able to work in this field again. How much does that reflect your own experience from working in the adoption field and becoming a parent?

Chandra Hoffman: Many people who have read the novel and have experience with adoption have called it “refreshingly honest,” but I have also taken some heat from the adoption community for not writing a book that celebrated the joy of adoption more. The truth is, I see firsthand the happy endings of adoption every day, but the story I felt compelled to tell was one that shone a light on the business side of adoption. I have life experience behind the scenes, and that’s my truth to share. It doesn’t make it better or worse than anyone else’s truth about adoption. But could I still work in domestic adoption now? No — because for every happy ending, there are devastating ones, sometimes in the same case. It is one of those places in life where the potential for joy and heartache walk the razor’s edge and my skin has gotten too thin to be an agent of that.

SheKnows: This summer, New York Magazine published an article on Why Parents Hate Parenting — the perception of the dream of parenting and then dealing with the reality which Chosen explores from all sides. What do you find the most unexpected about parenthood? 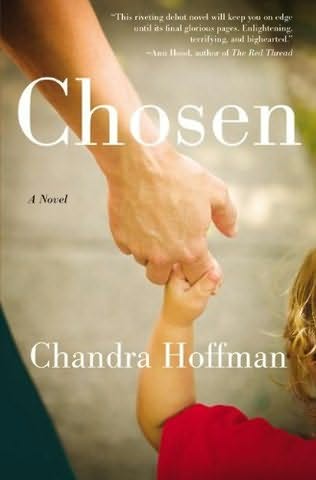 Chandra Hoffman: Thanks for noticing one of the main themes of Chosen. It has been called both an adoption novel and a thriller, and while the backdrop is domestic adoption, and the plot is driven by this gritty extortion storyline, I have always felt that the heart of Chosen is new parenthood, and how people resolve that disparity between perception and reality. In the author’s note at the end of the book I talk about my own experience with that when our first son was born with unexpected challenges and medical hurdles. Initially, I was surprised and horrified at my own ambivalence, and that it took almost losing Hayden during one of his first surgeries to wake me up and identify him as mine. I drew on that to develop some of what Eva and Francie go through, but in my personal life, since my son was six days old and fighting for his life, I’ve never looked back. Honestly, I find the topic of that article and bad parenting or even uninspired parenting really depressing. Parenting is like all those trite witticisms — you get out of it what you put into it, the toughest job you’ll ever love…or maybe that’s the Navy recruiting motto? Anyway, I can understand the disillusionment because I’ve been there, but then, as my mother-in-law used to say, get over yourself!

SheKnows: On your website, there are a number of essays. What is your process for deciding a story should be crafted in short story or novel form?

Chandra Hoffman: I’ve always been a private journal writer, but essays, freelance nonfiction and overt journaling is pretty new to me. I prefer disappearing into stories and it has only been at the urging of my publisher that I have started putting some of my real life experiences out there. I’m not entirely comfortable with it yet, and I still wrestle with this whole blogging thing. It feels narcissistic to assume people care about how I entertain my kids on the cross country red-eye flight when we’re on book tour or what a great mojito my husband makes with our homegrown mint or my recent absurd fascination with goats. And then there’s the whole thing about putting my private life out there for judgment and public consumption. I was floored by some of the snarky and even mean-spirited responses to my guest blog on Lisa Belkin’s New York Times Motherlode column highlighting one of the reasons I am choosing to homeschool my kids this year. So I’m not sure if I’ll keep that up. As far as how my novels come to me, I can’t really say. It’s usually some aspect of my life that I imagine blown up huge, and how things might go, that I think could be spun into something interesting with the right puppeteer. I had this incredible old dollhouse when I was little and I played in it for hours, acting out dramas. Writing fiction is just the socially acceptable adult way for me to keep playing dollhouse.

SheKnows: You are working on your second novel. Has the writing process changed for you now that you’ve had such a positive response to Chosen?

Chandra Hoffman: Hmm. Not really, except that now that people are reading, I want to get on with it more. I have at least four more novels in me in various stages of draft and completion, and I’m itching to get to all of them. But it goes back to your first question, and this idea of balance between writing and motherhood. My kids are three, six and nine, and we’re doing this homeschooling thing, and right now there’s the book tour, and I’m really enjoying being with them. But it definitely doesn’t leave me endless hours to write and hang out with my characters and dive into the deliciousness of these waiting stories. Writing is never the problem — it’s time. Like I said, I’m working on that.

SheKnows: Chosen has been compared to Jodi Picoult’s writing. Are you a fan of hers?

Chandra Hoffman: I read her novel Tenth Circle first and it blew me away. I loved the way she juxtaposed the graphic novel in the story and had obviously done her homework on modern teenagers and what a different experience they are having even from those of a few years ago. And then I read Nineteen Minutes and I started to recognize her pattern. I gave one more a try but found the formula distracting, actually taking away from the story. I will say I like what she does — this concept of taking an issue we all have likely bumped up against like adoption or infidelity (the backdrop for my next novel) in our personal circle, or in current events, and shining a light on the complexity of it through believable, sympathetic characters. But I plan to mix it up more, less formula, a little grittier, let the reader in on the warts and neuroses of my characters more. I’d like to be called Jodi Picoult with less formula, one half step up on the literary ladder.

SheKnows: What’s your ten words or less description of Chosen?

Chandra Hoffman: What happens when you get what you thought you wanted?

SheKnows: What have you learned on your book tour (i.e. tips from other authors or unexpected reactions from readers)?

Chandra Hoffman: It has been so interesting to see firsthand the lens of the reader, and how variable that can be. I have pissed people off and inspired others to write me beautiful letters. I’ve had five-star reviews and two-star reviews. I’ve met people who told me the ending was exactly as it should be, and those who grabbed me by my shoulders and literally shook me for letting things happen the way they did. My favorite part of the tour so far has been the book clubs — I’m learning to just sit back and let them chat. It is fascinating to hear the range of perceptions and watch the debates.

SheKnows: What is your advice for budding writers?

Chandra Hoffman: I feel like such a toddler here, stumbling and banging around, learning about publishing and the industry as I go that I don’t think I have anything wise to say yet. I guess I will say if you’re serious about writing, reading Anne Lamott’s Bird by Bird is an excellent place to start.

Check out our SheKnows Chosen review, view the Chosen book trailer or learn more about the author and her novel on her website at www.chandrahoffman.com.