Madonna stepped out last week with a new guy. Who is Madonna’s new boyfriend? 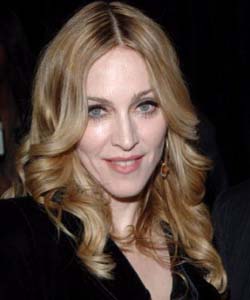 What happened to Jesus Luz?

That’s the question many Madonna fans are asking now that she’s stepped out with a new boy-toy, backup dancer Brahim Zaibat. The Material Girl was spotted with Zaibat outside a New York City movie theater last week, UK’s The Daily Mail reported.

madonna: Another young one

Madonna’s cougar ways are well documented — Brazillian model Luz is 24. Zaibat’s exact age isn’t known, but sources close say he’s in his twenties. She initially wanted to keep the weeks-old relationship a secret, but the insider claims she was about to go public since things were going so well. The new twosome was first spotted kissing at the NYC nightclub SL.

“They came in together and were holding hands in a private area,” a clubgoer told The New York Post. “Madonna got up and was dancing for an hour straight before going back to her man. They immediately started making out in front of other guests.”

Looking for the fountain of youth?

Madonna’s relationships over the years have always made the front pages — from her tumultuous marriage to Sean Penn to her May-December romance with Luz. Her penchant for men young enough to be her songs has some people shaking their heads. Why does she look for the young ones?

The likely answer is that she’s trying to stave off the aging process. The 52-year-old entertainer pays close attention to her body and health with intense workouts and strict diets. Her face lifts and other plastic surgeries are well documented. She wants to remain relevant as long as possible, so dating younger men is just a natural extension of that.