MTV alums Johnny Knoxville, Bam Margera, Steve-O and friends proved being a Jackass never goes out of style. Jackass 3D took theaters by storm, bringing in more viewers than the last two installments and banking $50 million in its opening weekend. 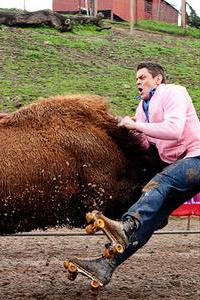 Jackass 3D blew away the competition the weekend of October 15 with a literal poop storm, beehive tetherball and a host of other outlandish stunts and pranks.

The big win had as much to do with a decent turnout, however, as the higher 3D theater prices. Ninety percent of viewers saw the stunt-tastic flick in 3D. The box office boon helped Jackass 3D break records financially, though not in terms of actual turnout. That’s a long way from Knoxville’s start on MTV ten years ago!

While Jackass 3D had a record-breaking opening Friday, it’s already seeing a decline in numbers, which means we should see a big drop from first place next weekend, but so what: This weekend’s take already tripled the cost of the movie, which was $20 million!

The other new wide release Red made $22.5 million, staying in the game thanks to some old-school spy action from Bruce Willis, Mary-Louise Parker, Morgan Freeman and Helen Mirren. Considering what’s coming out next week, Red could continue to be a big player.

Secretariat, the fall’s horse racing tale, banked a measly $9.5 million, bringing its total to $27.5 million. Life as We Know It took a big drop from second place, but managed to stay in the top five with $9.2 million. Legend of the Guardians: The Owls of Ga’Hoole took sixth with $4.2.

Ben Affleck’s The Town dropped down to seventh place, but this weekend’s $4 million puts the heist film’s total take up to $80.5 million. 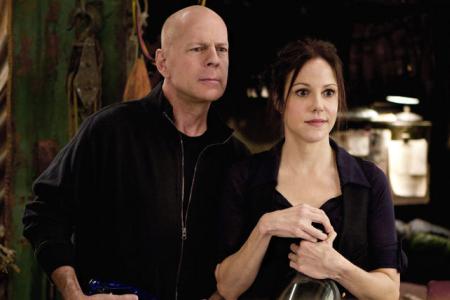 My Soul to Take, Easy A and Wall Street: Money Never Sleeps closed out the top ten, in that order. Easy A‘s $2.65 million and Wall Street‘s $2.35 million bring both films to around $50 million.