Kanye West has revealed the album cover that got him banned from Walmart.

Walmart has banned the new Kanye West album from its shelves because of the provocative cover. The artwork depicts Kanye as a monster, being ridden by another monster — a winged female. 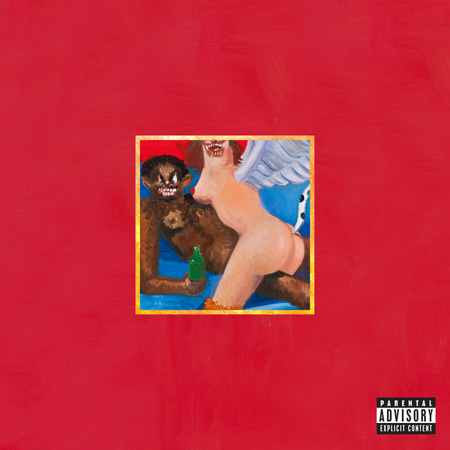 Kanye vented his anger about the banning on Twitter in a number of tweets.

“Banned in the USA!!! They don’t want me chilling on the couch with my Phoenix!”

“In the 70s album covers had actual nudity. It’s so funny that people forget that. Everything has been so commercialized now.”

“I wanna sell albums but not at the expense of my true creativity.”

Kanye is a master at drumming up controversy and attention — five bucks says this is yet another purposeful publicity stunt.