Peter Facinelli and wife Jennie Garth are building a green house. From the ground up, the Twilight star plus his 90210 bride and their brood are creating a home that is not only environmentally friendly in its design, but also uses green construction to build it. 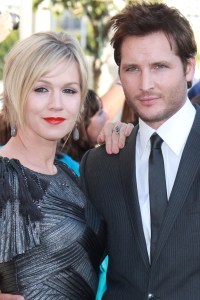 Facinelli phoned us to chat about the simple things families can do to not only trim their utility bills, but also to save the planet that our children and children’s children have to call home. He also told us exclusively that he has seen with his family that in this day and age, quality, efficiency and price are all in the favor of the consumer seeking to go green.

Facinelli too chimed in about what the cast is feeling as Breaking Dawn sets to break ground when filming begins in November. The Twilight franchise is coming to a close and for one, the man who plays Dr. Cullen is not ready to say goodbye to Stephenie Meyer’s world. Facinelli is also a breakout star of the Edie Falco-anchored, Emmy-winning Nurse Jackie.

SheKnows: What was it about Energy Awareness Month that you wanted to put your name on and also get actively involved with?

Peter Facinelli: It’s an important topic for me as I’m building a green home as we speak. I have a 15-acre piece of property that I bought. Jennie and I are going to build a green home from the ground up. I’m learning a lot about energy efficient products and even the construction of the house — how it’s built — can conserve energy. As I learn this stuff, I want to be able to share it. So, when I was approached by Home Depot and MasterCard, I thought, “Sure I’d love to talk to people about conserving energy.”

SheKnows: As a father of young children, why do you think it’s important for us as parents to take the lead in educating our kids, beyond societal education, on the importance of being green?

Peter Facinelli: The green movement, I think, used to have a bad rap as it was too high tech, or people didn’t understand it or afford it. There are really simple things people can do to conserve energy. Because I have a family, because I have three kids, it is extremely important to me that when they grow up, they have this energy. It’s important we get off foreign oil. There are other ways to harness energy. It’s important for me to teach my kids and not wait around to have other people fix the problem. Even though it’s hard to stand up and say one person can make a difference, one person can make a difference if we collectively do it. 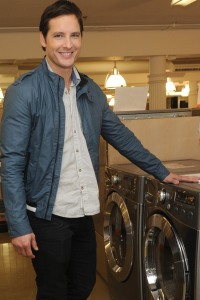 SheKnows: Like what simple things can parents do right now?
Peter Facinelli: Tasks such as unplugging your cell phone chargers when they’re not in use, using cold water in your washing machine instead of hot water. Those seem like trivial things, you may wonder, “How much energy can I possibly save?” But, if everybody did it across the world, that would be an enormous amount of energy saved. When you do these small things, you’re saving money too. The program that we’re doing with Home Depot, if you purchase appliances with the Energy Star label in the month of October and you use your MasterCard, they will donate 10-percent of the purchase price to Habitat for Humanity. So, that’s a whole ‘nother great cause. Here, you’re conserving energy and saving money, and now you’re also helping a great charity — just by purchasing a product that will lower your bills.

SheKnows: Do you think there’s a misconception still about the affordability of going green?

Peter Facinelli: I don’t know why anyone would think that now. In the long term, you’re definitely saving money on your energy bill. I don’t know that it costs that much more nowadays. The market is so competitive.

SheKnows: As you are building your green house, how are you learning more about being green than you ever thought possible? 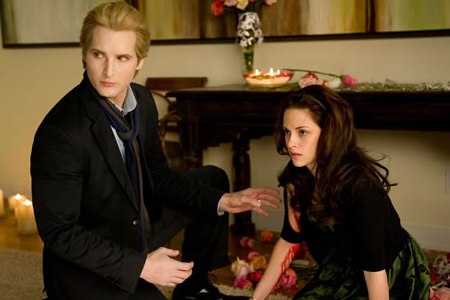 Peter Facinelli: I learn things all the time. They have these things now called dual flush toilets, they save water. You can change your light bulbs and use Energy Star light bulbs that reduce your bills also. It’s little things like that that I didn’t know before that I want to share with people. Building this green home, I’m hoping to share that with friends and we’re actually pitching a show to the Oprah network to document the building of this green home. I really want to get the word out there and show people how you can do it from the ground up.

SheKnows: Being environmentally sound is a lot easier than ever before, would you say so?

Peter Facinelli: Definitely. There’s been so many advances in the green world. They are more competitive in their prices nowadays. I know, for me, Jennie and I are going to try to stay off the grid and even give back to the grid. I want to go solar, wind turbine — harness that energy and give it back.

SheKnows: I just spoke to Jennie last week about the Walk to School program… 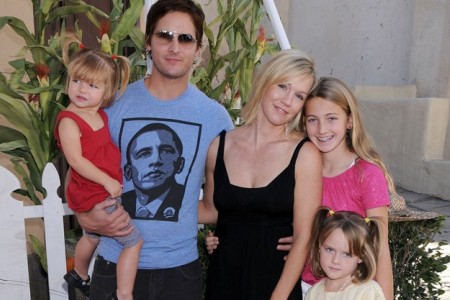 Peter Facinelli: Another great conservation of energy, not using your car! We’re addicted to oil!

SheKnows: You two seem to be at the forefront of this, was it always that way in how you and Jennie have lived your lives?

Peter Facinelli: It’s a matter of finding out things and trying to do something about it. My wife and I try to lead by example. The information we get, we want to be able to share. Once people get that information, maybe they can do the small things that lead to big things. 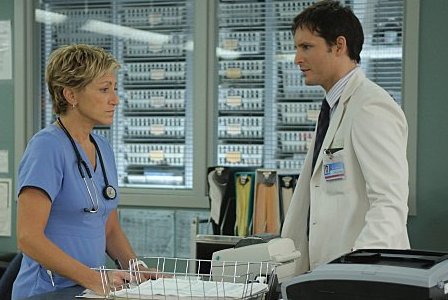 SheKnows: In your career right now, you’re having quite a time with The Twilight Saga and Nurse Jackie. Talk about being a part of Nurse Jackie, one of the best shows on TV, and what that experience has been like and working with Edie Falco.

Peter Facinelli: Oh, thank you. She’s phenomenal. I feel very fortunate to be able to go to work every day on Nurse Jackie and work with an ensemble of great actors and have wonderful writing. It’s like doing theater every day. To have that conjunction with Twilight, it’s great for me. I always find it fun that I’m playing two doctors [laughs] that have completely distinct personalities that are contrasting.

SheKnows: Very much so. You start filming Breaking Dawn soon — is it hard to believe you’re about to film the last of the series?

Peter Facinelli: I can’t believe that it went so fast. I can’t believe we have three in the can already in a blink of an eye. And now, the last two we’re shooting. It’s bittersweet. I’ll be sad when it’s over. I’m excited to dive into Breaking Dawn and go out with a bite!