Who better to represent the youth of America in the stand against bullies than mega-star Justin Bieber? The star was allegedly on the receiving end of some hate.

Reports of a claim that Justin Bieber was the victim of an alleged assault this weekend began running wild. A witness at a Richmond, British Columbia laser tag facility told UsMagazine.com what reportedly went down between the famous 16-year-old singer and a 12-year-old boy. 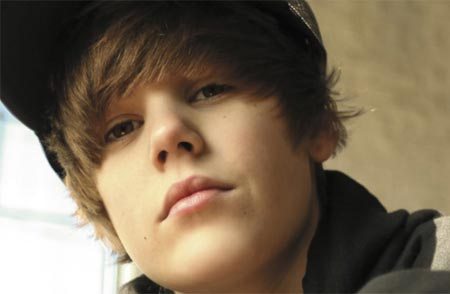 Justin Bieber and his party were allegedly playing laser tag against the 12-year-old unidentified boy’s team. “The 12-year-old and his friends were targeting Bieber and shooting him over and over,” the witness explained.

“At one point, they bumped into each other by mistake and Justin ended up shoving him to try and get away. There was an exchange of words and pushing,” the witness went on.

Bieber’s father, Jeremy, was reportedly on site to try and diffuse the situation.

The source added, “The 12-year-old’s dad is a lawyer, so he immediately called the [Royal Mounted Canadian Police] and wanted to press charges.”

The Baby singer and his father allegedly gave their take on the incident when police arrived. “The kid was fine but the whole thing got totally blown out of proportion,” the source told UsMagazine.com.

Corporal Annie Linteau of the Royal Canadian Mounted Police did confirm the police were called to the scene. “The boy sustained minimal injuries and did not require medical attention,” Linteau said. “We are continuing our investigation.”

TMZ is alleging that the name-calling between the two was not as simple as a teenage war-of-words. The boy allegedly called Justin Bieber a [derogatory word for a homosexual] over-and-over again and was reportedly targeting JBiebs because he is famous. TMZ is reporting that Bieber’s representation has confirmed these details to the police.

Justin Bieber is also reportedly wanting to take a stand after being on the receiving end of such hateful antics.

According to TMZ, Bieber will go public some time in the next week in support of the anti-bullying campaign.

Reports are also saying that it was Bieber’s decision to let the public know what happened even though his camp wanted specifics kept quiet.