Hannah Montana Forever, the soundtrack for the fourth season of the hit Disney show, is on sale Tuesday. What’s in store for the show’s final soundtrack?

Get ready to spend some cash on iTunes if you have a Hannah Montana fan at home. 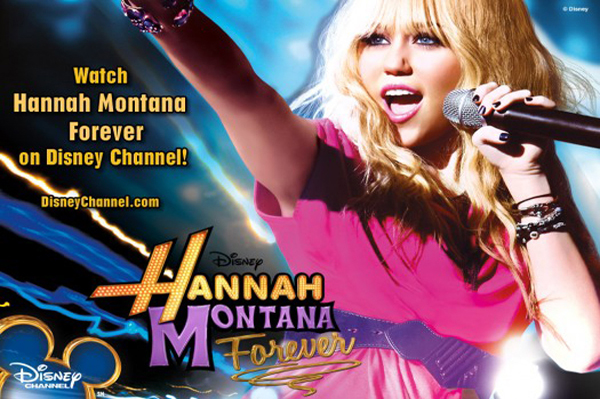 The final season for Hannah Montana started in July and is set to end sometime in early 2011. The season, also titled Hannah Montana Forever, was shot in high definition (though we’re not really sure your kids will notice.)

Cyrus seems ready to hang up her Hannah Montana wig and take up edgier, more adult roles in her music and acting choices. She’s already caused plenty on controversy with her latest album, Can’t Be Tamed, released in June 2010. The video for her song Who Owns My Heart, sparked outrage due to Cyrus’s barely-there outfits and suggestive dancing.

Whether she ends up with a successful post-Montana career or fizzles out remains to be seen, but for now we’ll relish her innocence with the Hannah Montana Forever soundtrack.