Willow Smith is whipping her hair back-and-forth for the cameras. She blasted us with the news of her first single and now Willow Smith is delivering the debut video for Whip My Hair.

Will Smith doesn’t need to lend his coat-tails to 9-year-old daughter Willow Smith — she’s doing just fine on her own. SheKnows was pumped to whip our hair when we first heard Willow Smith’s venture into music with her debut single Whip My Hair. 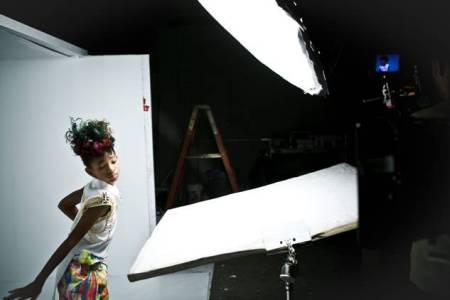 Now the latest Smith protege is going viral. Willow Smith is set to debut her music video for Whip My Hair on BET’s 106 & Park October 18.

Willow Smith’s infectious and might we add, first single, Whip My Hair, was shot in September by director Ray Kay who has also worked with famed artists like Lady Gaga and Justin Bieber.

Willow Smith is carving a grown-up path at a young age, but in the video for Whip My Hair she shows she’s still a kid at heart. The bold little singer gets creative with her choice in costume in the video and also gets up-close-and-personal with some paint. Guest stars young and old join the hot young star to whip their hair in the video.

Whip My Hair, the single, whips onto iTunes Oct. 26.