Comedian and movie star Dane Cook is known for his kooky, laid back humor, but the news about his half-brother Darryl McCauley is no laughing matter. McCauley is in jail for embezzling millions from Dane Cook. 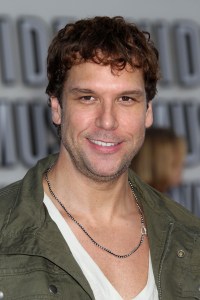 Dane Cook found his half-brother by his side from the start of his career, hocking merchandise at Cook’s shows and managing his online presence. McCauley also served as Cook’s business manager from the 1990s until December 2008, when Cook reported the heartbreaking news that his brother had embezzled millions from him.

It turned out that around 2004, McCauley started taking more than his share of the wealth, going so far as to write himself a check for $3 million!

On October 13, Cook’s brother pleaded guilty to 27 counts of larceny over $250, three counts of forgery, embezzlement and other charges, according to the Boston Globe.

With his wife, Erika, facing charges of larceny and receiving stolen property, McCauley has been sentenced to five to six years in prison, with ten years probation after his release.

As a former corrections officer, he should find the setting familiar, but he’s also sure to find it’s a different world when you’re wearing the jumpsuit! With his embezzlement reaching into the millions, McCauley has also been ordered to pay his brother back.

Dane Cook and Darryl McCauley have different fathers and their mother, Donna Cook, passed away four years ago. At least she didn’t have to see one son steal from the other!

Cook, who starred with Kate Hudson, Jason Biggs and Alec Baldwin in My Best Friend’s Girl and with Jessica Simpson and Dax Shepard in Employee of the Month, is currently on tour, with a Greatest Hits album set to drop November 22.

He also shot the indie drama Answers to Nothing with Elizabeth Mitchell, Julie Benz and Barbara Hershey, but no word on when that film will come out.

Known for having a smart comment on just about every topic, Cook has remained mum on this personal misfortune.