Alicia Keys has given birth to a baby boy!

Alicia Keys has given birth to a baby boy! MediaTakeOut is reporting that the Empire State of Mind singer gave birth to her first child with new hubby Swizz Beatz. 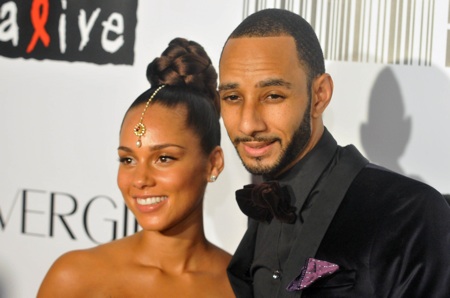 The couple, who recently wed on the French island of Corsica, has reportedly named the boy Egypt Dean. Daddy Swizz’s real name is Kasseem Dean.

Alicia and Swizz got together amidst controversy: Swizz was still married to R&B singer Mashonda when he and Alicia began their relationship. In fact, Mashonda wrote a pretty brutal letter to Alicia about the situation.

Although Swizz denied he was a cheater, Mashonda was proven right when DNA tests proved he is the father of another baby by a Russian woman living in London.

Little Egypt joins quite the modern family. He is Swizz’s fourth child and Alicia’s first.