The conservatorship over Britney Spears is likely to end in the next three months, sources say. 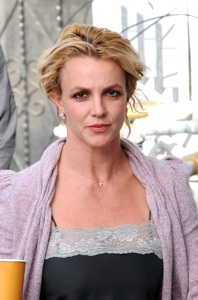 The father of Britney Spears has held legal power over all her business and personal affairs since February 2008 when the pop singer went loco. Now, sources say, Spears has made so much progress that a judge is likely to end the conservatorship within the next three months.

“Britney has made tremendous progress in the past three to four months,” the source said. “She seems to be firmly in control again.”

Britney Spears has had multiple meetings in recent days with Judge Reva Goetz in private chambers. “Judge Goetz needed to meet with Britney and talk to her face-to-face, to see how she was doing,” said the source.

“It’s one thing to read medical reports about her, but the in-person meeting was very important. Britney’s court-appointed attorney, Sam Imgham was the only other person in chambers during the 35-minute meeting. Judge Goetz also met with Britney’s father, Jamie separately, as well as with Brit’s therapist.”

When Britney Spears flipped her lid in the winter of 2008, she was shipped off to the UCLA Neuropsychiatric Institute and lost visitation rights to her two sons, Sean Preston and Jayden James. Now, almost three years later, Spears has made what seems to be a remarkable recovery. But how much of it is due to her father carefully controlling her public behavior?

“Jamie put his life on hold to save his daughter,” said one source. “He knew he had to step up in order to save her. Jamie and Britney have had their fair share of fights, but now they have a very strong father-daughter bond. Britney recognizes the sacrifices her dad has made. No one wants Britney to fall prey to the people that were in her life during the time when her problems overwhelmed her. Britney’s inner circle now is very close, and trusted.”

Stay tuned for more on this Britney Spears story as it develops!