Christina Aguilera filed divorce papers and sources say the split was caused by her cheating. 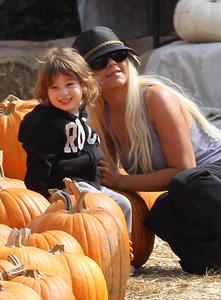 Christina Aguilera has split from hubby Jordan Bratman, and sources say it’s because the sultry singer has been getting a little too Dirrty with other guys.

Picture it: Mexico, late summer 2010. Christina joins a crew of gal pals partying across the border celebrating Nicole Richie’s birthday-bachelorette weekend. While these ladies — including Lindsay Lohan’s ex Samantha Ronson — partied it up in Los Cabos, rumor has it things got a little out of control.

A source told the New York Post: “There were already problems between her and her husband, but things got worse after her wild girls’ trip.”

A TMZ source was a little more blunt. “The marriage fell apart after Aguilera allegedly cheated on Bratman,” said the snitch.

In 2007, music producer Dallas Austin claimed Aguilera was sleeping with him for songs — similar to the “sex for tracks” rumors that have dogged Joss Stone for her entire career. Interestingly, Dallas is the one who introduced Christina to Jordan. Austin later recanted and apologized after Aguilera sent her legal team after him.

So who is Christina’s boy toy? If she has one she’s keeping him under wraps for now, preferring the paps snap her being the doting mother instead of the cuckolding wife.