A $1 million sexual harassment lawsuit against Steven Seagal made by a former assistant was recently dropped, but Seagal is back in the news for allegedly making unwanted advances in the past. A former claim of harassment from Jenny McCarthy has been rehashed for an expose by Access Hollywood. 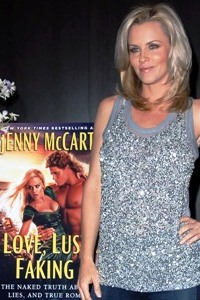 Access Hollywood is running an investigative piece exploring the world of the casting couch, which they’re fittingly calling, The Hollywood Casting Couch. Access Hollywood rehashed a 1998 Movieline interview in which Jenny McCarthy made accusations that Steven Seagal asked her to strip during an audition for Under Siege 2.

“I went to the audition for Under Siege 2 with, like, 15 other Jenny McCarthys. These girls came in and out of his office and I was last. Steven comes out and goes, ‘Hmm, so you’re last.’ I’m thinking, ‘Shouldn’t a casting person be doing this?’ I go inside his office, which has shag carpet and this huge couch, and he’s by himself and says, ‘Sit on the couch.’ I have my script pages and I say, ‘OK, I’m ready,’ but he says, ‘No, I want to find out about you.’ I knew what was coming. He goes, ‘So, you were Playmate of the Year,'” Jennifer McCarthy told Movieline back in 1998.

McCarthy went on, “I was wearing this very baggy dress, which I always wear to auditions, with my hair pulled back. I’m listening to him go on and on about how he found his soul in Asia and is one with himself and whatever. When I said, ‘Well, I’m ready to read,’ he said, ‘Stand up, you have to be kind of sexy in the movie and in that dress, I can’t tell.’ I stand up and he goes, ‘Take off your dress.’ I said, ‘What?’ and he said, ‘There’s nudity.’ I said, ‘No, there’s not, or I wouldn’t be here right now.’ He said again, ‘There’s nudity,’ and I said, ‘The pages are right in front of me. There’s no nudity.’ He goes, ‘Take off your dress.’ I just started crying and said, ‘Rent my Playboy video, you [expletive]!’ and ran out to the car.”

Jenny McCarthy took the claim further saying the harassment didn’t end in the office. “I’m closing my car door and he grabs me and says, ‘Don’t you ever tell anybody.’ He won’t sue me or say anything because he knows it’s true. If I saw him today, I would still say, ‘You’re a [expletive] and I really hope you change your ways,'” McCarthy said.

McCarthy spoke to former Access Hollywood correspondent Jeff Probst that same year about the claims. “Everything is true. If I can spread the word for other girls and kind of warn them, then so be it,” she said during the interview.

52 mins ago
by Maggie Clancy