We were recently treated to a day at the Disney Animation Studios in Burbank, California with Mandy Moore where we heard all about Tangled — the studio’s upcoming animated version of the Rapunzel fairy tale. 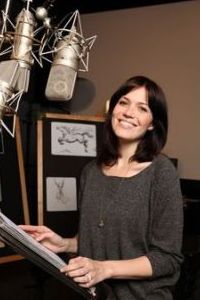 What did we get the inside scoop on? Well, there were beautiful storyboards, we learned how to animate Rapunzel’s 70 feet of magical hair, saw how sound for the movie was edited and were told how characters were developed. We also heard animators and filmmakers praise Mandy Moore for her enthusiasm and her lovely singing voice when she recorded the Rapunzel voice track and music for the film.

SheKnows sat down with the singer-actress in the very room at the studio where Mandy Moore first met with Disney about “playing” their lead character in the film. Lovely and funny character drawings are still on the walls as we chat with the now dark brown-haired Mandy who has left her bubblegum pop singer days behind in favor of a more adult sound in music and a varied film career.

In the upcoming Tangled, Rapunzel is turning 18 and is still locked in the isolated tower where she has lived her whole life. She was stolen as a baby and placed there by a greedy woman she has always called “Mother.” When hot and “bad boy” thief Flynn [voiced by TV’s Chuck, Zach Levi] climbs the tower to escape the authorities, it’s love-hate at first sight. Rapunzel sees this fellow as her ticket out of captivity.

We all know there is something attractive about those bad boys and got Mandy Moore to tell us why. We also asked her what she would do with her time if she were locked in a tower for years… 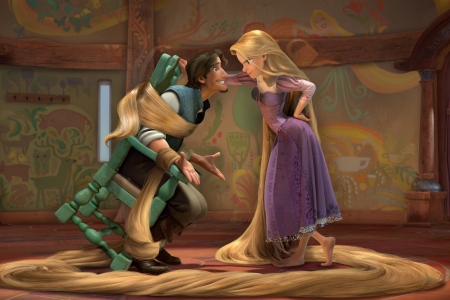 Mandy Moore: Music and writing. Maybe I would pick up something I’ve always wanted to learn how to do like sew, knitting or something, something that would be relaxing and would help me get into a Zen state of mind and pass the hours. Learn how to meditate. I’d have a guitar, some paper and pens, maybe painting, that would be fun.

SheKnows: Rapunzel has basically been grounded in a tower her whole life. When you were a teen, were you ever grounded?

Mandy Moore: Yeah, I think I’ve been grounded. I wasn’t a terrible kid if I do say so myself. I wasn’t a rebellious kid by any means, sort of like Rapunzel. I don’t think she deserves the punishment and treatment she’s getting but, for me, it was definitely no TV and not having dessert, not getting to go out with my friends. Yeah, that’s grounded.

SheKnows: What would you say to young people who are always getting grounded?

Mandy Moore: I would say look at the reason you keep finding yourself in that position and know that, for the most part, your parents are doing it for the greater good. There is something to learn from the whole experience and use that time to yourself to your advantage.

SheKnows: Great advice. Parents are going to love you! Flynn, who Rapunzel falls for, is a “bad boy,” at least on the surface. What’s your history with being attracted to “bad boys?” 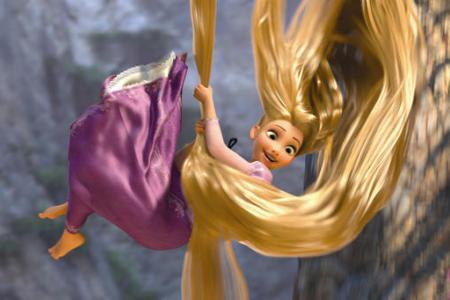 Mandy Moore: [Laughs] I think I had my fair share who were pseudo bad boys. Maybe I didn’t realize at first that they were bad boys but they turned out to be but I think it turned out okay. I managed to find a good guy [Ryan Adams, the singer-songwriter] and I’m happily married. But, yeah, there is something about those bad boys. I don’t know if it’s innately the idea of, “Maybe I’ll be able to change him” or “Maybe that side will subside as we get to know each other” but, yeah, there is something really attractive. Maybe it’s the confidence they show.

SheKnows: Rapunzel has to be preoccupied with the care of her 70 feet of magical hair! You’ve changed your hair a lot over the years [she’s very pretty as a brunette now]. When you have a hair change, does that affect the way you see yourself or does it change your personality?

Mandy Moore: Maybe not so much personality-wise. However, I remember the first time I colored my hair dark. I’d been blonde for years. I immediately felt different. I felt that people regarded me differently and treated me differently too. I felt I was perhaps taken a little bit more seriously as a brunette. I feel most like myself like this but I think it’s part of the fun of being a woman; the ability to change your hair and I think you dress a little bit differently, maybe do your make-up differently as your hair changes too. 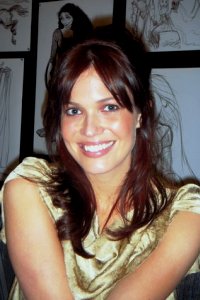 Mandy Moore: I grew up with The Little Mermaid and Aladdin and Beauty and the Beast but I definitely started singing because of Ariel. I remember walking around the house and singing, like when Ursula steals her voice and she’s like [Mandy starts singing la la la…la la la]. I remember asking my parents, “Do I sound as pretty as she does?” That was a huge turning point in my life.

SheKnows: So Disney has played a huge part in your life then?

SheKnows: You have done other animated voices [The Simpsons, Brother Bear 2, etc.]  What about voicing Rapunzel was different for you?

Mandy Moore: This was a whole different bag — the real deal. It was a lot of work. I remember sitting in this very room [we’re in a staff meeting room in the Disney Animation Building in Burbank, California] the first day I got here and it was covered in storyboards. To do a film and to go into the adventure of making a movie like this and not have anything necessarily concrete to look at or reference [was hard]. There was no animation to see so it was sketches or storyboards. Those were helpful but I was depending on a lot of information from the directors. And, you’re by yourself recording. So, there is something freeing about that; not having to be tied down to someone’s delivery of a line. You could go into the depths of your imagination. It’s kind of like being a kid again — kind of imagining this whole world and what it looks like and who you are and where you are and where you’re going. There was something exhausting about that because you’re in your head all day but it was fun too.

SheKnows: So you never got to record dialogue with Zach [Levi] at all?

Mandy Moore: No. Just the music one day.

SheKnows: So there was this huge 65 piece orchestra and composer Alan Menken and Zach was there too? Is that when you two recorded your duet?

Mandy Moore: Yes. I’d never sang with a huge orchestra behind me. It was a moment in time. I remember thinking, “Take this in, Mandy. It’s a once in a lifetime experience” because it was just so, “Oh my God!” It would make you melt. It was so beautiful and powerful! It was really nerve-wracking to be in that room going, “I don’t want to be the thing that throws all of these people off. I can’t mess up!” 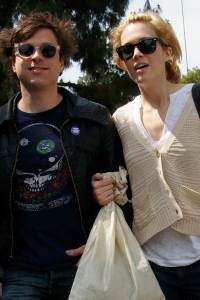 SheKnows: We don’t hear much about you and your hubby in the tabloids or see a ton of pictures of you guys. Do you just consciously avoid going some places to avoid the paparazzi or what?

Mandy Moore: We’re really low-key. We live in L.A. and we’re total homebodies. I think that’s a big factor — if you don’t put yourself in the position to be out and about when you’re not working. I think that’s when all of that craziness happens. It is a choice and we’re much happier just being home watching movies, laying low.

SheKnows: You’ve done two episodes of Grey’s Anatomy on TV. Are you thinking about more or being in a series?

Mandy Moore: If it were the right thing. I love Grey’s. I’m actually going to do another episode in a couple of weeks as the same character, Mary. But to do TV on a more permanent basis, you’re tied down and I marvel at people who work, five, six, seven seasons playing the same character. It seems like it would be difficult to find motivation and the challenge in doing that.

SheKnows: Are you still working on your music? I really liked your last album.