On last week’s episode of Grey’s Anatomy, Derek (Patrick Dempsey) and Meredith’s (Ellen Pompeo) relationship was put to the test with life-changing baby news and Lexie (Chyler Leigh) let her jealousy over Meredith and April’s (Sarah Drew) newfound friendship get the best of her. 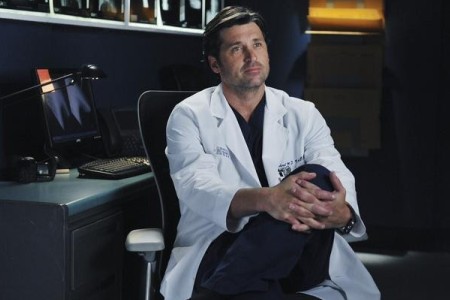 With sweeps week on the horizon, Grey’s Anatomy is moving at ER speed with thickening plots this week.

While the residents learn to deal with responsibility, Derek, Callie (Sara Ramirez), Owen (Kevin McKidd) and the other attending surgeons compete for the ultimate prize — a million-dollar grant.

Check out our preview clip of Grey’s Anatomy’s Almost Grown, and see the real deal tonight on ABC.