Synchronize your watches and set your calendars people, Russell Brand and Katy Perry are expected to walk down the aisle next week. 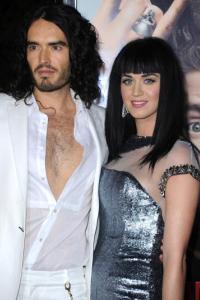 All eyes will be on Russell Brand and Katy Perry as the countdown to their suspected October 23 wedding begins.

Insiders close to Russell Brand and Katy Perry are telling Us Weekly that the singer and British comedian are sparing no expense for their October 23 nuptials.

Besides the date, here’s what else we know about the young Hollywood wedding of the year. The couple’s lavish and surprisingly normal wedding will reportedly consist of a six-day blow-out in the very spot Brand proposed to his blushing bride — India.

The couple will exchange vows in a traditional Indian ceremony in Rajasthan, India, in front of guests that include singer Rihanna.

Russell Brand and Katy Perry want to make their guests comfortable, so the two are reportedly footing the bill for a private jet to fly them in where they’ll be treated to “pimped out” tents as sleeping quarters according to the insiders.

Brand and Perry are obviously in love, so instead of a circus the couple wants to keep it real and tame their wild sides. “We just love each other and we want to get married in front of our friends and family and keep it very normal,” Brand told fans Tuesday at a New York Times Q and A in NYC. “It ain’t about selling the pictures, it ain’t about doing no pre-nup, it’s just a normal thing.”

Brand was coy about any details Tuesday, but he did say, “I’m trying to preserve it, to keep it a beautiful thing. I think people get the wrong idea on how we want the wedding to play out. Love between two people is the most spectacular yet ordinary thing in the world.”

Russell Brand and Katy Perry began dating last fall and they’ve grown more and more in love. “The love that I feel for her is exactly the same as the love that you might feel for somebody,” he gushed.