Perez Hilton announced that he’s stop brutally attacking celebrities on his website. Is he sincere or only hoping for more publicity?

Related story Are Online Schools the Answer to Bullying? 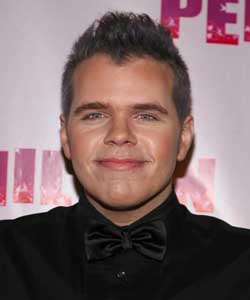 Perez Hilton — the acid-tongued gossip blogger known for his mean ways — is vowing to stop the hate and take his website in a new direction.

The reason for his change of heart?

Hilton said the recent suicides of gay teens Tyler Clementi, Seth Walsh and Raymond Chase, among others, inspired him to speak up and take action against cyberbullying and hate crimes.

The openly-gay Hilton began his blogging career in 2004 by publishing a web “burn book” called PageSixSixSix. The premise for the website revolved around Hilton’s cutting critique of celebrities — he often drew obscene doodles on celebrity photos and “outed” celebrities he perceived as homosexual.

But as the website’s popularity grew, so did the backlash. Some celebrities spoke out against Hilton’s style — singer Fergie even wrote her song Pedestal about Hilton. The criticism reached fever pitch when Hilton and rapper Will.i.am got into a physical argument outside the Much Music awards in 2009.

In a video posted on his blog, Hilton alleged that the rapper’s entourage punched and called him names. In retaliation, Hilton said he called Will.i.am a homophobic word (which we won’t repeat here.) His derogatory comment caused a huge uproar among the gay community and GLAAD, who asked him to apologize. He refused.

The focus of Hilton’s website has shifted as his own popularity increased. He’s a legitimate celebrity with television appearances and various other entertainment-related gigs. The website lacks a clear focus — in one post he’s commenting on social causes and in the next he’s posting a picture of a starlet sans underwear.

Hilton has dedicated many posts over the past few months to self-acceptance and anti-hate campaigns resulting from the suicides of several gay teens. His intentions seem pure, if misguided.

Now, Hilton’s put his website’s popularity on the line with a declaration he made this week on Ellen.

DeGeneres praised him for the choice, but will readers stick around?

Can he make it?

Hilton is no doubt banking on his own celebrity to help keep his website afloat. Today, people have options when it comes to celebrity gossip — Hilton’s not the only one on the seen. One could argue that people only visit his site to see whom he puts down or “outs” next.

Now? Well, whether or not he can make it with his new approach remains to be seen. It’ll be interesting to see if he keeps his word, or if he reverts to his old ways to keep people clicking on his site.