Bravo is heading to the bling of Beverly Hills to follow six luxurious ladies from the West Coast as they enjoy the perks of living in the most posh city in the world. You guessed it, The Real Housewives of Beverly Hills have arrived in style.

Related story Imagine This: RHOBH's Kim Richards Could Have Been Our First Lady 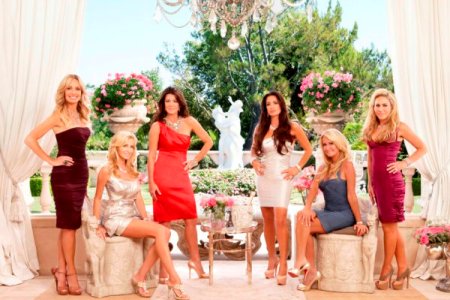 On tonight’s premiere episode of Bravo’s The Real Housewives of Beverly Hills, tantrums, drama and lots of shopping will go down. But what would you expect when you put former celebrity wife Camille Grammer, trainer Lisa Vanderpump and Paris Hilton’s aunts, Kim and Kyle Richards together? Not to mention Taylor Armstrong and Adrienne Maloof.

By the looks of the feuding Richards sisters and Lisa Vanderpump’s house guest and trainer who won’t seem to leave, the ladies of Beverly Hills will be heating up Bravo. Check out SheKnows’ preview clip.