With Harry Potter and the Deathly Hallows: Part I set to hit theaters November 19, seven intense movie posters have landed. In even better news, Harry Potter 7 hasn’t been converted to 3-D! 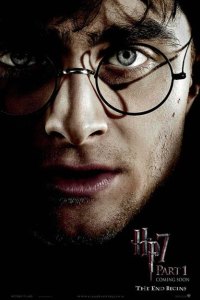 The final battle against Voldemort begins next month with Harry Potter and the Deathly Hallows: Part I and the new posters preview a shadowy, treacherous path ahead for all the players.

The dark, moody shots reflect the tone of the first installment of the final showdown, which finds Harry, Ron and Hermione grown up and ready for a deadly battle.

There was much chatter about how the kids were maturing in Harry Potter and the Half-Blood Prince, but now, Harry and Ron are even sporting scruff in their posters!

57 mins ago
by Maggie Clancy