Gavin Rossdale has come clean about his past fling — with a man! 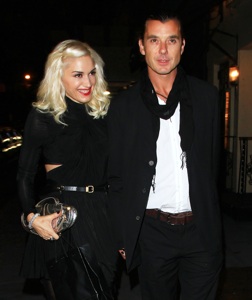 Gavin Rossdale, the hunky lead singer of Bush and husband to rocker Gwen Stefani, has come clean about his hookup with 80’s cross-dressing singer Marilyn. And in case you are out of the loop on alternative lifestyles in 80’s pop culture, “Marilyn” is actually the stage name of male British pop singer Peter Robinson.

Rossdale admitted to the fling, which happened long before he ever even met Gwen Stefani, in an interview with Details. “When you’re 17, Jesus Christ. I don’t think there’s anything strange about any form of…you’re learning about life,” the Bush frontman said. “It’s a part of growing up. That’s it. No more, no less.”

Rumors of Rossdale’s sexual experimentation with Marilyn have been around since 1995, when Boy George spilled the beans in his autobiography Tell It Like a Man. Why didn’t Rossdale own up to it then?

“I think at the outset there was a sort of fear…that was right at the beginning of Bush, and I didn’t want it to be part of it,” he admitted.

“It felt like a cheap shot. I was like, ‘I’m not getting involved.’ I never wanted to appear closed about it, but [try to avoid] the glare of a tabloid world.”

Still up for debate: If it was just a fling or a real relationship. Marilyn says he and Rossdale were a couple for five years, telling InTouch, “Gavin and Gwen are perfect for each other, but he was the love of my life.”

Rossdale, though, says it was a one-time thing. “That was it,” he said. “You have to know what you like, and I know what I like.”

No matter how it went down (LOL) one thing is for sure — between Marilyn, Courtney Love and Gwen Stefani, Gavin Rossdale’s only sexual preference seems to be one for blonds.