Paris Hilton’s house keeps attracting attention. For the second time in recent months, a man was arrested outside Hilton’s home. 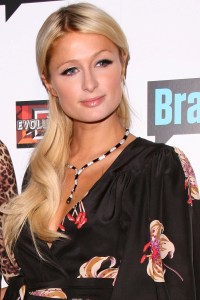 Paris Hilton can’t catch a break. Reports are creeping in that a man was arrested outside of the starlet’s house. This is the second time in recent months someone has tried to gain access to the Los Angeles digs of Paris Hilton.

Reports are saying 36-year-old James Rainford snuck past security on his bicycle Tuesday afternoon and not just knocked, but pounded on her door and got into a fight with security guards. They, of course, asked him to leave, the Los Angeles police told TVGuide.com.

James Rainford was booked at the Van Nuys LAPD station on suspicion of assault. According to the arrest report, bail was set at $20,000.

Reports aren’t saying if Hilton was home at the time.