Justin Bieber has sold over six million records worldwide and his YouTube views top out over one billion. The video for Bieber’s Baby is the single most-watched online music video. Justin Bieber has also sung for the President of the United States and now, for the first time, Justin Bieber tells all in his very own book in stores now. 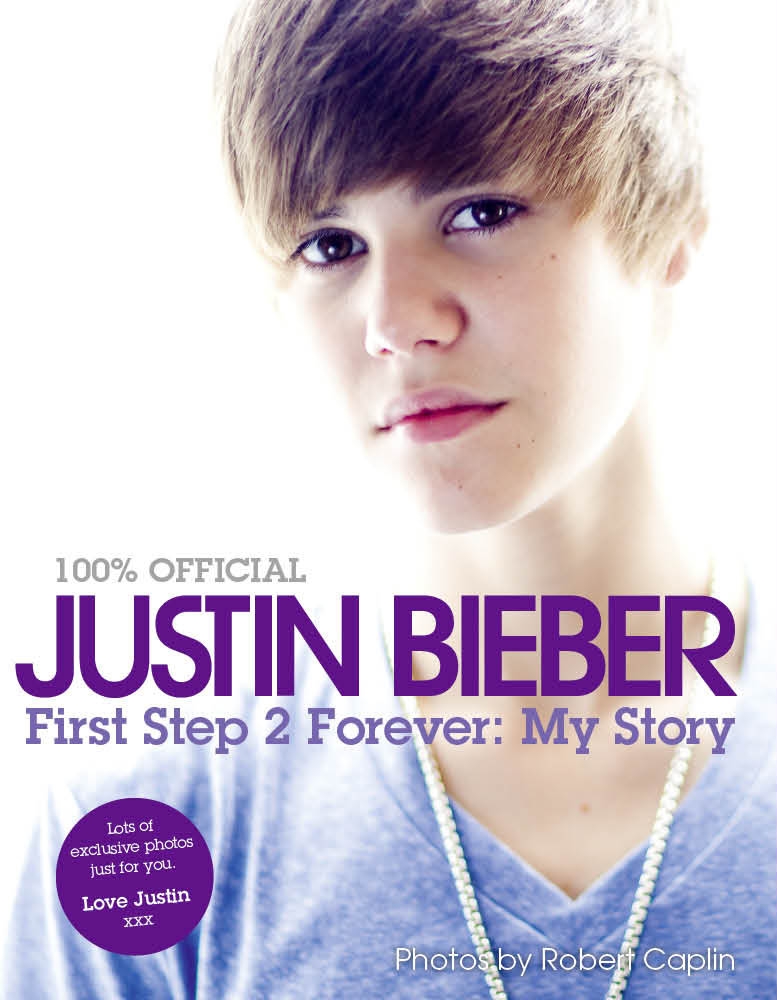 Growing up an only child in Stratford, Ontario, Canada, Justin Bieber was forever singing around the house and taught himself to play drums, guitar, piano and trumpet.

These videos caught the eye of top music manager Scooter Braun and his partner, R&B superstar Usher. They brought Justin to New York City to audition for LA Reid, Chairman of Island Def Jam Music Group, who signed Justin on the spot. And the rest, as they say, is history.

In his very first book, First Step 2 Forever: My Story, Bieber details his journey from small-town schoolboy to global phenomenon. Packed with never-before-seen photos of Justin on and off stage, plus private, captured moments, this story of Justin’s climb to superstardom is targeted to his die-hard fans who want even more Bieber.

Bieber’s latest album, My World 2.0, debuted at number one on the charts and has since sold over six million copies worldwide. This number one debut made Justin Bieber the youngest male solo artist since Stevie Wonder in 1963 to top the chart. Sales of My World 2.0 increased in its second week, the first time a number one debut has done that since the Beatles’ 1 hit the top spot in 2000. Justin is also the youngest male solo artist in SoundScan history to chart two albums simultaneously in its Top 5.

Pretty incredible for such a young performer. The book is now in stores.