The Social Network, one of this year’s best films, took the top spot at the box office for the second week in a row, eclipsing new offerings like Katherine Heigl’s Life as We Know It and Disney’s Secretariat. With $15.5 million in ticket sales this past week, that brings the David Fincher-directed early Oscar favorite about the founding of Facebook to a grand total of $46 million in just two weeks.

Life as We Know It, starring Heigl and Josh Duhamel as an unlikely couple forced to come together when their best friends are killed in an accident, leaving behind their infant daughter for them to raise, took in $14.6 million, a respectable showing. 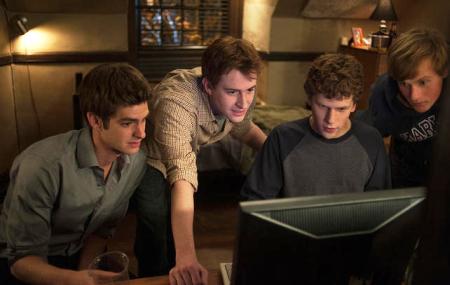 Disney’s Secretariat, starring Diane Lane and John Malkovich, about the greatest race horse who ever lived, made $12.6 million.

Newly knighted Superman director Zack Snyder’s beautiful animated offering, Legend of the Guardians: The Owls of Ga’Hoole, slipped to fourth place with $7 million as the film continued to underperform, earning just less than $40 million in the three weeks since its release.

Rounding out the top five, Wes Craven’s early Halloween frightfest, My Soul to Take, brought in $6.9 million — and surely inspired a slew of nightmares.