George Michael has been released from jail after serving half his sentence for driving while under the influence of drugs. 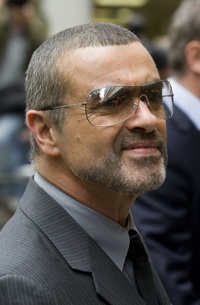 Singer George Michael was released from jail after serving four weeks of an eight week sentence stemming from a conviction for driving under the influence of drugs.

“I’m coming out here on my own so that you realize I just want to start again,” Michael said to reporters gathered outside his home in North London. “I’m going to try and stop running away from you guys.”

Michael, arguably one of the greatest pop voices of a generation, said jail wasn’t so bad. In a statement released last week, the former Wham! frontman said he had “been treated with kindness by fellow inmates and prison staff alike and, as far as I can tell, have received no special treatment of any kind whatsoever, unless, of course, some of the guys here are letting me win at the pool table.”

George Michael has a nasty habit of getting really stoned on really good chronic, then getting behind the wheel of his car. He’s been found passed out at traffic lights and most recently plowed into a storefront — luckily no one has ever been hurt.

In addition to his jail time, the singer was ordered to pay a $2,000 fine and is not allowed to drive for five years. Maybe he can write a long-awaited new album from the passenger seat while being chauffeured around?

read on for more george michael