How many times can you watch Hugh Laurie and the doctors on House “chase zebras” and it still be interesting? We have no idea, but when it starts to get old, we’ll let you know because Laurie and House still sizzle! 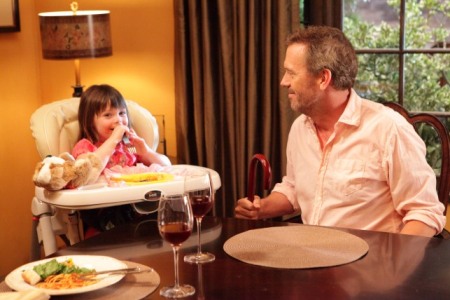 For those of you not already a fan of the Fox medical mystery drama, don’t expect the usual ER–Grey’s Anatomy-Private Practice relationships-medical jargon on House.

House follows Dr. Gregory House, a surly, pill-popping medical savant who begrudgingly heads up a team of doctors at a teaching hospital in New Jersey where the strangest, most unusual and undiagnosable cases land. Every week, some seemingly impossible case arrives and the show follows House and his team (including Omar Epps, Jesse Spencer and Olivia Wilde) as they try to diagnose and save the patient. 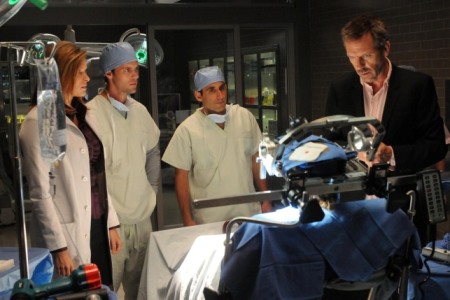 Robert Sean Leonard (who’s got a slight case of the Ethan Hawkes in terms of how ungracefully he’s aging), plays House’s only friend, Dr. James Wilson, while Lisa Edelstein is House’s lady love and boss, Dr. Lisa Cuddy. Cuddy and House had a serious Moonlighting-style, tense flirtation going on for the show’s first five seasons but have finally hooked up and are now struggling to make their romance work.

According to TV Guide, tonight, “A patient who can’t stop vomiting is also hiding secrets. Meanwhile, House turns a cold shoulder to Chase’s new hire (Vanessa Shaw), and House and Cuddy must look anew at their relationship following a visit from House’s massage therapist.”

We know it sounds simple, perhaps even boring, but Hugh Laurie is one of the finest actors on television, hence his two Golden Globe wins for the role and five Emmy nods (he’s been robbed every time), and the show, which is produced by Bryan Singer (X-Men), is like a modern day Sherlock Holmes whodunit.