Celebrities from Dancing With the Stars’ Florence Henderson to Modern Family star Nolan Gould recently spoke out against bullying as headlines remind us that it is still going on in our schools. You know, if you think about it, we have the power to never let a bully get the last laugh again. At the 6th Annual Gay, Lesbian and Straight Education Network (GLSEN) Respect Awards, celebrities shared their personal stories about bullying to remind us that it’s the bullied who can have the last laugh. 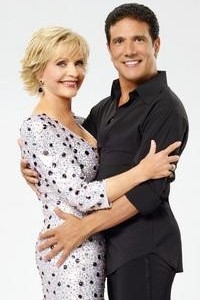 The stars shined brightly at the 6th Annual Gay, Lesbian and Straight Education Network (GLSEN) Respect Awards on Friday night as they spoke out for a good cause.

“Corky Ballas and I were both bullied as kids for different reasons,” Florence Henderson revealed to Access Hollywood. “We were so poor as kids, I’m the youngest of 10 kids, and they would make fun of me because, you know, I had a hole in my dress, or no shoes, or no school books. It’s hurtful.”

As part of America’s hottest reality show, Dancing With the Stars, and, of course, as the former Mrs. Brady, Henderson was able to turn the tables on her tormentors by keeping her eye on the prize. “Inside I just thought, ‘That’s OK. I won’t let that get me down. I will be somebody, and you won’t, because you’re not a nice person,'” Florence Henderson proudly stated. “And I just held on to that. I held on to faith, and that I would make it. And I did.”

Henderson’s Dancing With the Stars cast mate and professional dancer, Louis Van Amstel, experienced his own share of bullying as a kid.

“Unfortunately, I was bullied as a fat kid and as a gay kid,” Van Amstel said. “I mean, at the age of 10, being at school, being a dancer, they automatically assumed you were gay, and at the time, you don’t know what that means. I was 10 years old for crying out loud!”

Louis Van Amstel found victory when he attended his 20th high school reunion last year. For Van Amstel, returning as a “world champion in your field” that’s “the biggest revenge.”

“All those bulliers changed their tune because they’re still in their own hometown,” he said. “Some have been in jail, some are out of jobs, and look where I am, in Hollywood! It’s the biggest revenge. That’s my message for everyone who gets bullied — find something that you’re good at… put your mind, body and soul in it because when you grow up, you’ll look back as a stronger human being.”

ABC has gold in its hit series Modern Family and the cast was honored by the GLSEN at the event for bringing a diverse American family to the small screen.

Even stars of ABC sitcoms have their own memories of pain. Jesse Tyler Ferguson shared that torment by his childhood classmates reached such a high in eighth grade, the actor had to switch schools in order to survive. “I was bullied all through school. It was very difficult. I felt very lonely,” Jesse Tyler Ferguson told Access Hollywood. “I didn’t have the resources that a lot of people have today. I just kept reminding myself that the world was way bigger than high school. I had my eye on getting out of Albuquerque, New Mexico. I had my eye set on pursuing a career in the arts, and I knew that it was going to take another year of me kind of turning a blind ear to bullies.” 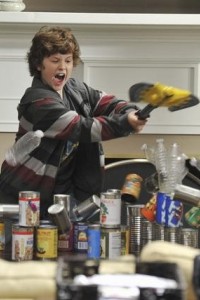 His 11-year-old Modern Family co-star, Nolan Gould, spoke out for our nation’s youth. At such a young age his message packed a non-violent punch.

“About two or three years ago, in third or fourth grade, I was bullied for being short, which is funny because the kid who was bullying me, I’m now taller than,” Nolan Gould shared. “The best way to get revenge is just to wait it out, and something like that will happen.”

Gould added, “It takes a stronger person to keep their mouth shut than to throw a punch, because even if you have a thousand insults, it’s harder to keep your mouth shut, and that shows people that you truly are strong.” Wise words from such a poised young man.

Bullying has been thrust into the spotlight as of late with the news of five teens committing suicide in recent weeks after being bullied, antagonized and or tormented for being gay. Celebrities are using every resource they have to bring attention to the issue. It’s not a new issue, just a normally silent one, which is why they’re trying so hard to put the focus directly on it. It needs to be stopped and not left in silence.