Between the pressure of carrying a self-titled world tour on his shoulders and processing the immense success 2010 has brought, including touring with Lady Gaga and burning up the Billboard charts, Jason Derulo has managed to stay grounded. In fact, staying grounded is definitely not a problem in any way for Derulo. Just ask him, we did! 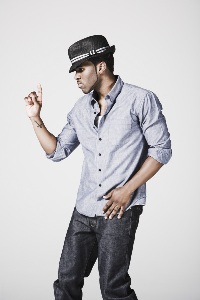 For all you ladies out there wondering what it’s like to have Jason Derulo personally sing to you, SheKnows just found out. It’s everything we thought it would be and more! The ultra-cool music and dance sensation recently wooed, I mean chatted, with SheKnows and we were excited by his gift for gab and affection for the arts. So, what did Miami native Jason Derulo reveal? Read on to find out!

SheKnows: In your own words, what’s going on in Jason Derulo’s life right now?

Jason Derulo: Right now, it’s tour-world. I’m in the process of trying to create this magical experience and it’s been exciting to watch my show grow and morph. Every single night it’s changed and right now I don’t think there’s anything more exciting than that. I’ve been on the road with Lady Gaga, the Black Eyed Peas, and having your own show and something to call your own, is unparalleled.

SheKnows: What did it start out as in your mind and what has changed about it?

SheKnows: I can imagine.

Jason Derulo: I feel like it has to be the right timing, so I’m waiting for my music to catch up to the show. In all reality I’ve only released three songs in the U.S. so it’s understandable.

Jason Derulo: Yeah, but next month I’ll be in Australia where I’ve released five. After I go to Australia, I’ll go to the UK, and then by the time I get back here I’ll be doing the same kind of venues so the show will just grow. 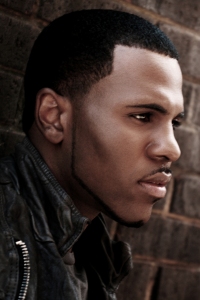 SheKnows: In a day and age where social networking and viral videos are so important, how do you feel when you hear those numbers?

Jason Derulo: That’s incredible. YouTube is everything. Being put against all-time legends, that is crazy.

SheKnows: We can’t even use the words breakout star anymore because you’re so far past the breakout stage. What were you doing previous to the blow-up?

Jason Derulo: I was writing songs for people in the industry. I was a ghost writer since I was 16. Before that I was attending performing arts schools. I studied all kinds of music — jazz, rock and classical. I also learned how to read music at an early age. I was the arts kid. I wanted to become the consummate performer, so I studied everything.

SheKnows: What was it like to be on tour with someone like Lady Gaga? That would seem like any artist’s dream when they are first building their career.

Jason Derulo: She was a total sweetheart. She was tremendous in the process, making everything comfortable for me. It was a great experience being on one of the biggest tours in the world.

SheKnows: Now you have your own and I bet that prepared you to be able to handle that.

Jason Derulo reveals his personal side 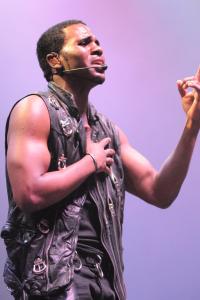 SheKnows: With you being busy on tour, do you have time for a personal life?

SheKnows: Has your family helped keep you grounded?

Jason Derulo: I don’t know that I need help being grounded, but yeah they’re really supportive.

SheKnows: I have to imagine the life you’re leading surpasses any amount of personal time you have to give up. Meeting your fans and loving what you do is better than going to a movie any day, right?

Jason Derulo: Yeah, although I do love watching movies.

SheKnows: What are you into right now, movie-wise?

Jason Derulo: I haven’t seen anything in a while but I’m into all kinds of movies. I think heightened emotion is important in anything whether you’re watching a concert or a movie. I think you want to be moved, whether you’re moved to sadness or crazy laughter. People just want to be affected.

SheKnows: Is there a movie in the past couple of months that moved you?

Jason Derulo: Get Him to the Greek was hiliarious to me. I kind of know P Diddy so it was even more funny. When I was in the theater I was cracking up and everyone else was too, but just a little bit. I was kind of embarrassed.

SheKnows: What music are you listening to these days?

Jason Derulo: My computer crashed and I lost all of my music! I was like let’s just start fresh, make this a new beginning, a clean slate. Hopefully my cousin doesn’t put junk on there now.

SheKnows: Do you have a guilty pleasure song?

Jason Derulo: I love Miley Cyrus’ Party in the USA. I don’t know if you’d be surprised by that though.

SheKnows: You were a ghost writer and now your name is plastered everywhere. Do you feel there’s more fulfillment in having your own solo endeavors?

Jason Derulo: Absolutely. I can express myself freely. I don’t have to limit myself or be in a box. I can do whatever I want to do and share music with the world the way I would like to. I wake up happy every day.