As the day that John Lennon would have turned 70 years old has arrived, hundreds of millions across the globe are thinking about how their world has been influenced by the gone-too-soon member of the Beatles. 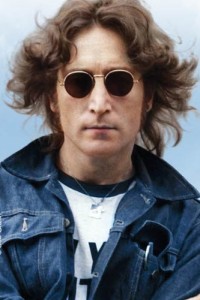 I, for one, remember when I was a little girl, being pushed through Central Park in my stroller, kicking back, probably enjoying a juice box along with the sights and sounds, when my mother’s head pops into view and says in a reverent stage whisper, “There he is!”

The “he” in question being Sean Lennon, son of John, enjoying a similar day at the park with his mother, Yoko Ono.

Growing up on the Upper West Side, the Lennons were an everyday occurrence. You’re getting a bagel, there’s John. You stop to grab a newspaper, there’s Yoko. It was common knowledge that they lived in The Dakota, at 72nd and Central Park West, and their neighborhood presence was as familiar as a bum peeing on the sidewalk.

Sadly, that’s one of the reasons Mark David Chapman was able to find and shoot John Lennon dead on December 8, 1980, as he exited his apartment building.

The former Beatle, who wrote such iconic songs as Imagine, would have turned 70 on October 9 but instead will be remembered, memorialized and commemorated for the outstanding artist that he was.

Flowers are already being laid at the feet of John Lennon’s statue in his hometown of Liverpool. Yoko has released a message about his birthday on YouTube. LENNONYC, an American Masters documentary about his life, will be shown at Rumsey Playfield in Central Park on Saturday night and on PBS on November 22. The Paley Center for Media has Lennon and Beatles films, as well as a photo exhibition, which runs through December 31. There are also numerous concert tributes scheduled for this weekend, including one featuring the surviving members of Lennon’s first band, the Quarry Men.

John Lennon and the Beatles changed the face of music forever, but it was his message of peace and love that will always be remembered.

Don’t miss our interview with John’s son Sean as he talks about his famous dad!