Katherine Heigl has hinted that her next role may be in the movie version of the time-travel romance book by Diana Gabaldon, Outlander. Do you think she is a good choice to star in an adaptation of Diana Gabaldon’s fantasy novels?

Related story Katherine Heigl Shares Birthday Tribute to Daughter Naleigh That All Parents Will Relate To: 'How Did This Happen?' 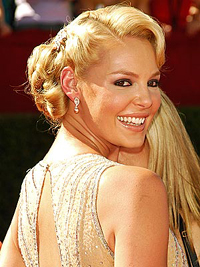 Katherine Heigl is best known for her rom-coms (Knocked Up, Killers, Life as We Know It) and as Dr. Izzy Stevens in Grey’s Anatomy, but her next potential role in Diana Gabaldon’s Outlander will have her in a more dramatic and action-packed role.

“Scotland? 2012? What do you think?” she hinted to the New York Times. After her tease, the Times reported, “Heigl will then turn toward sharply dramatic work, starring as a Scottish heroine in an adaptation of Outlander.”

Outlander is the first book in a six novel series and is about an English nurse named Claire Randall who, while on her honeymoon in Scotland, is transported from 1945 back to 1743. She struggles with the fact that she leads a double life, with a husband in one life and a lover in another time period.

In her new life, she encounters many adventures involving her husband’s evil ancestor, British captain Jonathan Black Jack Randall. Through it all, she struggles with her double life until she must make a choice between her two lives and her two loves. 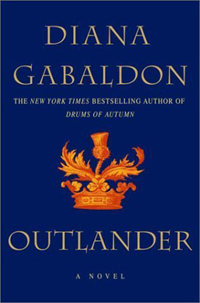 Randall Wallace (Braveheart, Pearl Harbor, Secretariat) will reportedly write the screenplay, however, no director has been named by Essential Pictures.

What do you think? Is Heigl a good choice to play Claire Randall in Outlander?

read on for More katherine Heigl