Upon first seeing the film, It’s Kind of a Funny Story did not strike us as a particularly funny story at all. But, with some time, the film has revealed itself to serve as one of the films of the last several months that I cannot shake. It’s haunting. It’s melodramatic and yes, funny.

At It’s Kind of a Funny Story’s core is the story of a teenager who checked himself into an adult mental institution because he thought he would commit suicide. 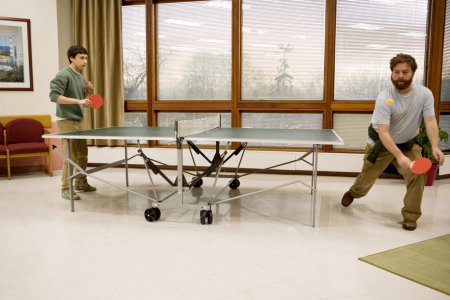 Filmmakers Anna Boden and Ryan Fleck sought inspiration from John Hughes movies in the telling of Ned Vizzini’s life tale which is chronicled in his book of the same name. There is the running from the authority scene with stars Keir Gilchrist and Emma Roberts as the music blares, recalling the famous scene from The Breakfast Club.

Lauren Graham and Jim Gaffigan are the central teen boy’s parents. His inability to communicate with them fuels his suicidal tendencies that spawn him to jump into a mental institution rather than off a Manhattan bridge.

Immediately, he meets Zach Galifianakis’ character who comes off like a doctor but is instead a fellow patient. Thus is established the mentor and subject relationship that at its core will drive the entire plot of It’s Kind of a Funny Story. 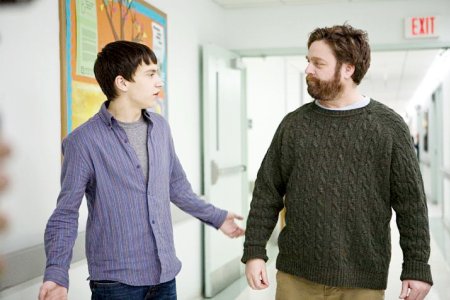 In the acting hands of Galifianakis, his character’s holes are present without being overbearing. It is in his performance that those emotional landmines are handled with grace and care by The Hangover actor. Is Galifianakis on the same trail as fellow stand-up comics-turned-dramatic movie stars Bill Murray and Jim Carrey? Absolutely.

Keir Gilchrist is a find as the central character and Emma Roberts stands her own as a fellow troubled teen.

After seeing It’s Kind of a Funny Story, we can see the screenwriter’s pitch to a Hollywood executive: Imagine Breakfast Club meets Girl, Interrupted. We are thrilled that someone said “yes.”