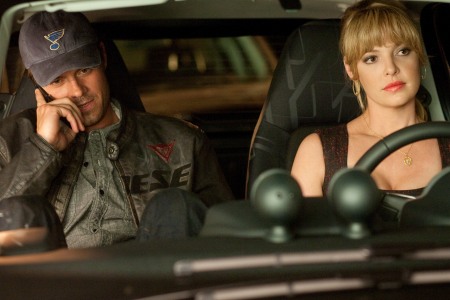 Josh Duhamel enters the film as a “Raggedy Andy” paired with Katherine Heigl’s chef with direction written all over her. Upon entering Heigl’s Smart Car for their pre-arranged blind date by their collective best friends, their scripted lack of chemistry strikes its fire.

Sure, Heigl has played the singleton on-a-mission gal before, but knowing that her art was imitating life after the adoption of her own newborn daughter, Naleigh, while filming Life as We Know It, her performance is reflective of that fact. Heigl is simultaneously urgent, flippant and flipping out, just how we like her.

Duhamel is the real winner in Life as We Know It. His comic charm exudes from every frame he is in. But, what also charms us about Duhamel in the film is how he can be both vulgar and vulnerable in the same scene.

Is Life as We Know It plausible? You decide. When Heigl and Duhamel’s onscreen best friends die in an automobile accident, they are left by will to take care of their goddaughter, who happens to be the cutest of babies. They move into the house their friends used to inhabit and embark on the journey of raising a little girl with the most limited of long-term vision. 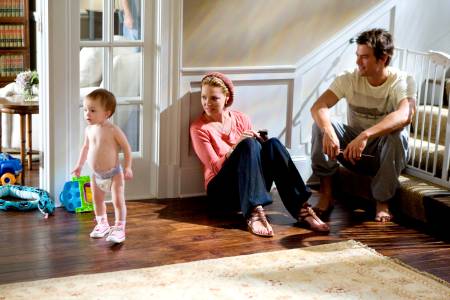 The reality of child rearing rears its head and that is where sadness becomes silliness. Heigl proved, especially in Knocked Up, that she can play the pratfalls as good as anybody. Duhamel’s deadpan and innocence to daddy diligence enhances a film that could easily have been pure formula. His performance certainly shows the actor’s range beyond his Transformers and Las Vegas roles.

We were disappointed in the fact that Christina Hendricks was only in Life as We Know It for mere moments. Of course, she played the doomed mother-wife-best-friend who died in the car crash — not to worry, that is no movie spoiler. Note to movie casting agents: Her Mad Men screen fierceness works on screens both big and small.

Life as We Know It also had the romantic comedy habit of using music to further the emotion onscreen. Many times, audiences crave words that explain how the characters feel. The music montage is a thing of movie immortality, but more often than not lately, it misses the mark. Some montages in Life as We Know It work, and others don’t. But, hey, that’s also Life as We Know It. Sometimes you get a song that works for you, and other times, you don’t.

Life as We Know It movie review

Read on for more Life as We Know It