The popular Broadway musical Jersey Boys will be adapted into a movie. Will this Tony Award-winning musical translate well onto the big screen?

The Broadway musical, Jersey Boys: The Story of Frankie Valli & the Four Seasons will be made into a movie, thanks in part to Graham King’s GK Films which purchased the rights to the show. 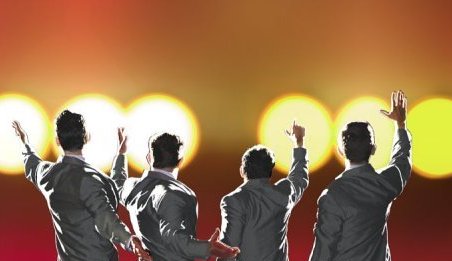 Frankie Valli and Bob Gaudio, the group’s original keyboardist, will actually executive produce the movie, along with GK Films partner Tim Headington and King. Marshall Brickman and Rick Elice, who wrote the book for the musical, will write the screenplay.

Frankie Valli made Jersey cool — way before Jersey Shore! Jersey Boys, which tells the story of Frankie Valli’s rise to fame, was a huge success on Broadway, winning four Tony Awards, including Best Musical, in 2006. Popular songs such as Big Girls Don’t Cry, Walk Like a Man, Can’t Take My Eyes Off You and Sherry made Jersey Boys a must-see Broadway show.

Valli and the Four Seasons (Bob Gaudio, Tommy DeVito and Nick Massi) were a huge pop sensation, selling 175 million records before they were 30 — and the Broadway musical has proven to be a huge success as well.

Tell us: Will the movie strike gold as the Broadway musical did?