Joy Behar received a surprise birthday message on The View Thursday morning. Who was on-hand to offer birthday wishes to the 67-year-old comedienne?

Joy Behar celebrated her 67th birthday this morning on The View with plenty of well-wishes from celebrity friends, including Lily Tomlin, Joan Rivers, Kathy Griffin and Phyllis Diller. “You’re in your sixties and it’s not the end, Joy. It’s the beginning of the end,” Rivers quipped on the video. 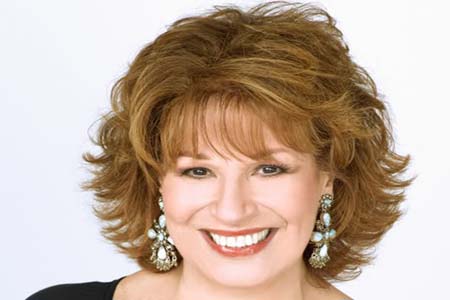 The red-headed comedienne was visibly touched by the video montage.

“Wow! That was just, fantastic,” she told her View cohosts.

Joy’s on a roll

Behar is a one-women media force these days, with her co-hosting duties on The View, along with The Joy Behar Show on CNN’s HLN. She tapes both shows during the weekdays — no easy feat for someone half her age, let alone someone just celebrating her 67th birthday! She’s also filled in for Larry King on Larry King Live several times since 2007.

Not afraid to speak her mind

Behar credits her Italian-American upbringing with her fearlessness when it comes to speaking out on hot-button issues. Her outspoken comments have outraged some political groups, including The Anti-Defamation League, after she compared then-Secretary of Defense Donald Rumsfeld to Hitler.

“You’re not me…you don’t have hot flashes,” she retorted on her HLN show.

You’re right joy, no one’s like you — you’re one of a kind. Happy Birthday!