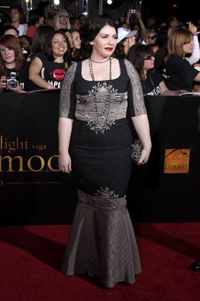 We reported that Mackenzie Foy was in talks to play the vampire-human baby of Stewart’s Bella and Pattinson’s Edward, and Twilight author Stephenie Meyer confirmed the news on the official Twilight Facebook page.

“Very excited about our new Renesmee, Mackenzie Foy,” Meyer wrote. “She’s an amazing young actress and I’m excited to work with her.”

The nine-year-old actress has appeared in one episode each of FlashFoward and Til Death. Her angelic features make her the perfect choice to play the vampire/human Renesmee.
Oscar-winner Bill Condon, director of Breaking Dawn, will reportedly use special digital effects to transfer Foy’s face onto the face of a younger child, similar to The Curious Case of Benjamin Button. Her vampire blood makes her age from a baby to a 17-year-old in only seven years. 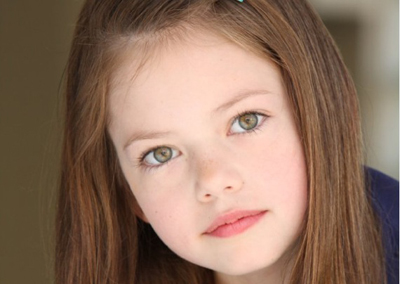 Breaking Dawn has been split into two parts, with the first to arrive in theaters on November 18, 2011.

read on for More Twilight