The Real Housewives of D.C. finale takes on the White House party crashers!

It was almost a year ago that the scandal broke over two D.C. locals allegedly crashing President Obama’s first White House State Dinner. That infamous story unfolds on camera in The Real Housewives of D.C. finale on Thursday, October 7! 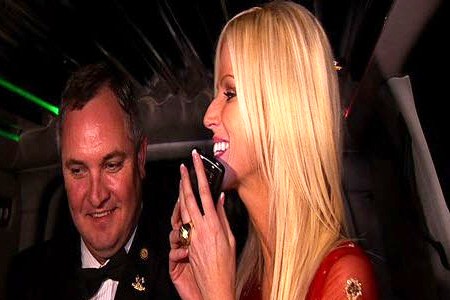 Michaele and hubby Tareq Salahi had a blast at Obama’s White House State Dinner last November. They got to hobnob with the likes of Vice President Joe Biden, former Chief of Staff Rahm Emanuel and Katie Couric and they even had the photos to prove it.

Shortly after they posted those happy snapshots on Facebook, however, a media frenzy came crashing down around them.

“We were excited to be invited,” Michaele recounted to SheKnows. “With that belief in our hearts, we went to that event, we gave our ID, we were announced — you may have seen that image once or twice. [Laughs] It was the second greatest night to our wedding night.

“Then the next day, I was filming the show for Bravo, so you may see it, and my husband came in and interrupted filming. He said, ‘We’re being spun as crashers.'”

The Salahi party crashing controversy took over the news cycle for days, ultimately spurring on a grand jury investigation.

Tonight, The Real Housewives of D.C.‘s supersized finale episode is all about the aftermath of the fiasco.

“I’m so excited this is here,” Michaele told SheKnows.

With cameras rolling, the Salahis react to the resulting drama, while housewives Stacie, Linda, Cat and Mary learn the news and titter over whether or not they think the pair was actually on the guest list for Obama’s first State Dinner.

The drama doesn’t end with the finale, however. After The Real Housewives of D.C. comes to its climactic close, Michaele and Tareq Salahi will join Andy Cohen on Watch What Happens: Live at 10:15. The controversial pair will dish on the infamous night and doing The Real Housewives. They’ll also take live questions.

Read on for more Michaele Salahi & tHE Real Housewives of D.C.