Just when we thought George Clooney couldn’t get any dreamier, he proves, once again, that Clooney is more of a studly saint than a mere mortal.

Clooney’s philanthropic work was previously honored during this year’s Emmy Awards ceremony where he received the Bob Hope Humanitarian Award. Clooney earned the award for his altruistic endeavors, such as spearheading fundraising telethons like Hope for Haiti and bringing awareness to the Gulf Coast during Hurricane Katrina and the catastrophic BP oil spill. 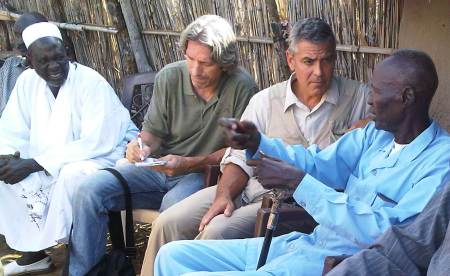 Now, Clooney is on a tour of south Sudan, drawing attention to his fears for war as the region builds up to a vote on whether to break away from Africa’s biggest nation.

Accompanied by Ann Curry and an NBC film crew documenting his visit, which includes viewings of mass graves and conversations with tribal elders, Clooney compared the Sudan to Thailand and Sri Lanka just before they were ravaged by a tsunami that killed thousands.

“If you knew a tsunami was coming, what would you do to save people?” Clooney was quoted as asking Curry when she asked him about the likelihood of conflict in south Sudan. The region is scheduled to have a referendum on January 9 on whether to remain part of Sudan. 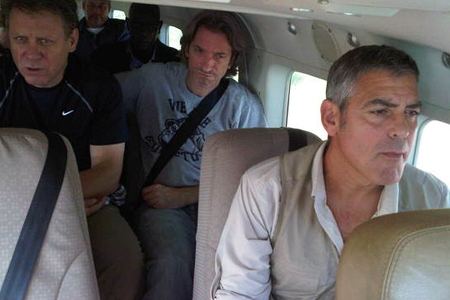 Curry also said in an earlier statement on her Twitter account that Clooney “fears a war is coming here.”

Following his tour of the region, Clooney is scheduled to speak in Washington. It’s always so impressive to see someone who uses their celebrity and influence in ways that shape our world for the better. Oh, George, just when we thought we couldn’t love you anymore, you prove us wrong.