Emma Roberts exudes confidence which is apparent when meeting her at her Toronto hotel for our interview and in every frame on film in her latest movie, It’s Kind of a Funny Story.

The niece of Julia Roberts is coming into her own spotlight with breakout performances in not only It’s Kind of a Funny Story, but also with Aquamarine, Hotel for Dogs, Valentine’s Day and Twelve. Currently, Roberts is filming Scream 4 with Kristen Bell, Anna Paquin, Courteney Cox and David Arquette. 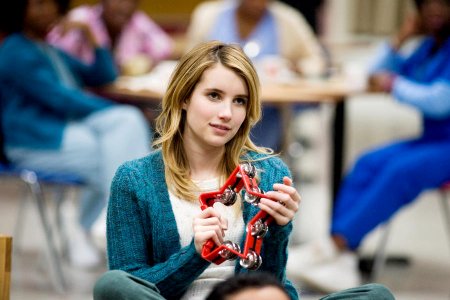 SheKnows called Roberts one of the top ten for the title of “The Next Julia Roberts” recently and it’s not simply because they share a family heritage. Roberts is a versatile actress whose beaming smile recalls her famous aunt, plus she shares the sensitivity Julia brings to any part.

In 2007, Emma Roberts received the entertainment convention ShoWest’s coveted Female Star of Tomorrow award. Emma has come a long way since her film debut as Johnny Depp and Penelope Cruz’s daughter in Blow.

In It’s Kind of a Funny Story, Roberts portrays Noelle. Her character is in an adult mental institution and strikes up an unlikely romance with the other teen staying at the facility, Craig (played by Keir Gilchrist). The film also stars Zach Galifianakis, Viola Davis and Lauren Graham. 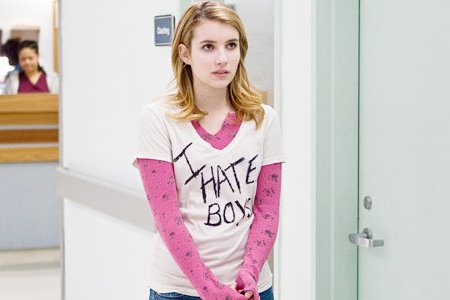