Sesame Street said goodbye to one of its masterminds and kicks off an all-star season featuring Jennifer Garner, Amy Poehler and Jude Law! The kids will be staring at Elmo, but moms and dads may get a bigger kick out of this year’s celeb lineup that also features Colin Farrell, Ryan Reynolds and Zoe Saldana.

Sesame Street is mourning the loss of Dr. Gerry Lesser, the man who shaped the award-winning show and its groundbreaking curriculum. He died at the age of 84 on September 23, leaving behind a legacy that includes teaching three-year-olds to read and beloved characters like Oscar the Grouch. 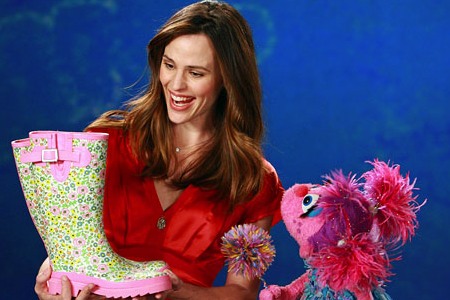 Just a week after this loss, Sesame Street launched its 41st season. The star-studded year is sure to bring some cheer to the Street, while honoring Lesser’s great mind. 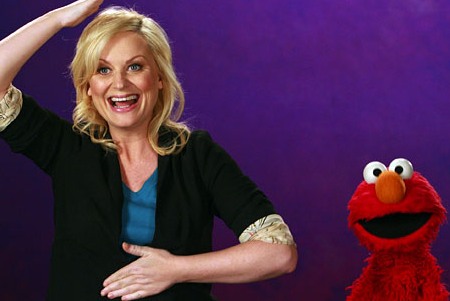 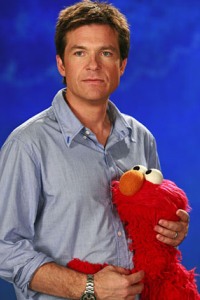 Katy Perry was set to be on the big New Year’s episode, but as everyone knows by now, she was booted from the schedule due to her controversial outfit.

There are also some fun plays on our fave adult entertainment this year, including the parodies True Mud, ala HBO’s True Blood and The Furry Four ala The Fantastic Four, not to mention last week’s A Team parody with Reynolds and Ironing Monster, ala Iron Man.

As the new Sesame Street season gets into full swing and celebs take to the screen to educate a new set of minds, SheKnows sends out a big thank you to Dr. Gerry Lesser. May he rest in peace.