After some back and forth in the media, Rick Sanchez has reportedly apologized to Jon Stewart for the comments he made last week calling him a bigot. The mea culpa came after Sanchez was fired from his job as an anchor at CNN. 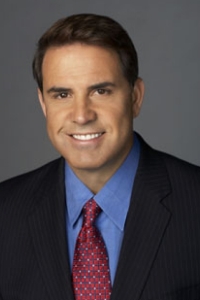 As is commonplace these days, news of the apology came via social media.

However, it wasn’t Rick Sanchez who spread the word, but his wife Suzanne Sanchez, who relayed the apology on her Facebook page.

“Rick apologized to Jon Stewart today. They had a good talk. Jon was gracious and called Rick, ‘thin-skinned’ (and) he’s right,” Suzanne said.

“Rick feels horrible that in an effort to make a broader point about the media, his exhaustion from working 14-hour days for two months straight, caused him to mangle his thought process inartfully. He got caught up in the banter and deeply apologizes to anyone who was offended by his unintended comments.”

Not only did Rick Sanchez call Jon Stewart a bigot on Pete Dominick’s satellite radio show last week, but he continued his rant by saying, “I’m telling you that everybody who runs CNN is a lot like Stewart, and a lot of people who run all the other networks are a lot like Stewart. And to imply that somehow they — the people in this country who are Jewish — are an oppressed minority? Yeah.”

Rick Sanchez’s remarks resulted in his firing from CNN and, of course, caused Jon Stewart to fight back. Having to endure the entire weekend before he could comment on The Daily Show about the incident, Stewart addressed the situation in the only way he knows how — with biting comedy.

After playing a video comparing clips of Rick Sanchez to The Office’s bumbling and inappropriate Michael Scott (Steve Carell), Jon Stewart offered, “Carell is leaving The Office, NBC is looking to replace him. Sanchez is available!”

Does anyone else hope Rick Sanchez’s private apology leads to a public one on The Daily Show?