Greg Berlanti served as director of the latest Josh Duhamel and Katherine Heigl film, Life as We Know It. But, having the “blessing” of working with Heigl and Duhamel isn’t the only joy in Berlanti’s life currently. He is also the co-creator and producer of the ABC break-out hit, No Ordinary Family.

Berlanti visits with us exclusively for a video interview at the Loews Regency in New York City to talk about working with Heigl and Duhamel, but also why he was drawn to direct Life as We Know It, considering his already busy schedule. The reason: The film speaks to our times and most importantly, speaks to Berlanti. 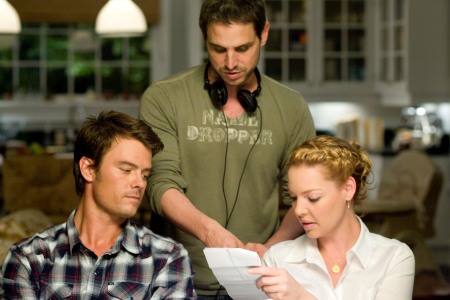 As Modern Family has proven, the modern family of today isn’t as cut-and-dry as it used to be in the past. Today’s families can look a lot more like Josh Duhamel and Katherine Heigl’s onscreen family in Life as We Know It.

Life as We Know It is the story of Heigl and Duhamel, best friends of a couple with a new baby. Heigl and Duhamel’s characters do not get along, which causes issues immediately. When their friends die in a car accident, leaving responsibility of their baby’s care to Duhamel and Heigl — the baby’s godparents — touching moments and hilarity both ensue! 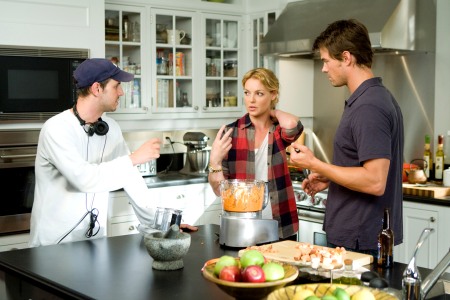 The director also has his hands full with a comic-book to the big screen adaptation of Green Lantern starring Ryan Reynolds due in June of 2011. If he can successfully straddle the worlds of TV and film, Berlanti is quietly becoming the next Ryan Murphy of Glee and Eat Pray Love fame.

Berlanti dishes the magic that occurred on the Life as We Know It set when Heigl and Duhamel got together and immediately, sparks flew.

Greg Berlanti talks Life As We Know It