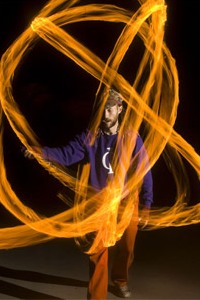 The lookalike older brother of (500) Days of Summer and Inception actor Joseph Gordon Levitt has died.

“Burning” Dan Gordon Levitt, 36, died this week, according to a tweet posted by the actor.

The elder Gordon Levitt brother earned his “Burning Dan” nickname for his interest in fire breathing and his heavy involvement in the festival Burning Man.

The tight-knit brothers worked together on hitRECord, a multimedia website focused on collaboration. He also included a link to a tribute page on the site.

From one brother to the other 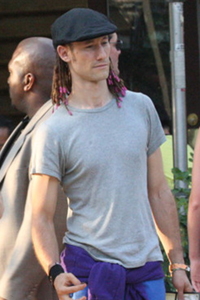 “Burning Dan brightly embodied that bold beastly bliss sometimes referred to as ‘the creative spirit.’ He was my chief collaborator on the foundational incarnations of hitRECord.org over the years and continues to inspire us ever the more,” Joseph Gordon Levitt wrote on the tribute page.

“Watching this community blossom into what it has become never ceased to amaze him and me. We would regularly marvel at it and high five. Thank you all for that. There he is now pouring heaping hollowed watermelons full of love over each and every one of us.”

No cause yet released

The cause of Dan Gordon Levitt’s death has not been released and an autopsy is scheduled at the Los Angeles County Coroner’s office.