Tim Gunn, our personal favorite Project Runway star, has bravely spoken out about his own suicide attempt on the heels of the tragic deaths of five gay teenagers who killed themselves after suffering extreme bullying for their sexuality.

The suicides, which came back-to-back in the last three weeks, included 13-year-old Seth Walsh, who died Tuesday after being in a coma for nine days, and Rutgers University student Tyler Clementi, who jumped off the George Washington Bridge days after his roommate allegedly posted video on the Internet of him having sex with another man. 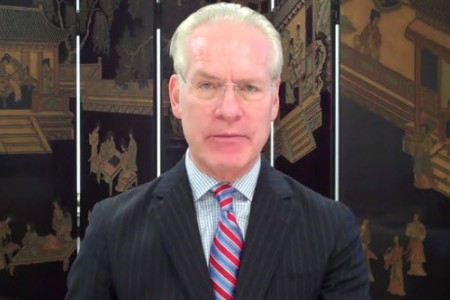 In a video message, Tim Gunn addressed gay youth and admitted he tried to take his own life when he was a teenager by swallowing 100 pills.

“As a 17-year-old youth who was in quite a bit of despair, I attempted to kill myself,” Gunn says in the spot for the It Gets Better Project. “I’m happy to say today that attempt was unsuccessful. But at the time it was all that I could contemplate.”

Tim isn’t the only person speaking out in the wake of the tragic suicides. Sarah Silverman also released a video message and Glee creator Ryan Murphy is planning an episode that deals with the subject later this season.

Read on for more Tim Gunn