Move over Ashton Kutcher, there’s a new punk in town and his name is Justin Bieber. 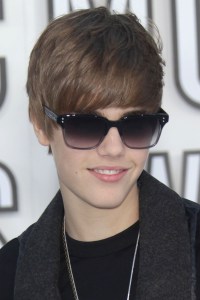 Reports are circulating that MTV is bringing back Punk’d with Justin Bieber as the host. I know you’re waiting for Ashton Kutcher to pop out and say, “You’ve just been punk’d.” But, if these reports are true: Bieber is bona fide in his desire to host the re-booted Punk’d.

According to New York Magazine’s Vulture blog, Bieber is allegedly in talks to take over the role Ashton Kutcher made famous on the MTV celebrity prank show, Punk’d.

The revamp of the show couldn’t completely leave Ashton Kutcher out. Allegedly, if the deal is sealed, the star will act as executive producer. Kutcher hosted the show and executive produced the series during its four-year stint, which started in 2003.

If Bieber does sign to host the latest run of Punk’d, does that mean we’ll see Justin Bieber pulling double duty as the Punk’d-in-chief? It’s likely that the floppy-haired heartthrob will not only host but will also be involved in the pranks.

Justin Bieber is known for hair tossing and nifty vocals but does he have a funny bone when it comes to punking his fellow celebs?

According to Miley Cyrus, yes. Bieber got her with a series of jokes involving his cell phone in June.

“It sounded like a little kid,” Miley Cyrus told Access Hollywood’s Billy Bush of Bieber’s prank calls. “I was like, ‘Oh my gosh, I am so mad.’ Then I get a text, he’s like, ‘Ha ha.'”

A spokesperson for MTV had no comment and Bieber’s camp was not available to confirm.

Would you watch the new version of Punk’d with Justin Bieber? Is Ashton Kutcher the only master of mayhem? Tell us, we want to know.