Over the past decade everyone from Nicholas Cage to Kevin Smith had been rumored to be attached to a new Superman franchise. Now, to the delight of Superman fans everywhere, news has broken that Zack Snyder (300, Watchmen) has been tapped by producer Christopher Nolan (Inception, Dark Knight) and screenwriter David Goyer (Batman Begins) to revive the man of steel in a film that will be aptly titled Man of Steel.

Related story Hate to say it, but Supergirl fans are right to hate on Tyler Hoechlin as Superman 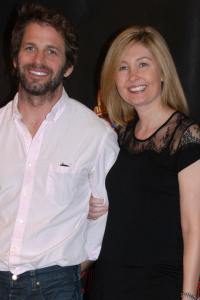 Most recently Snyder directed the stunning 3D animated film Legend of the Guardians: The Owls of Ga’Hoole.

Snyder also adapted the graphic novels of 300 and Watchmen, to both acclaim and outrage depending on who you asked, and is currently finishing production on Sucker Punch, an Alice in Wonderland by way of Sin City action adventure that’s been building major buzz since the first footage was shown at Comic-Con earlier this year.

Little is known about the film, which is expected in theaters by Christmas 2012, but Snyder told the LA Times that Goyer and Nolan, not surprisingly, had created a “great story” and that he feels “super awesome” about it.

Not the most eloquent answer from the Legend of the Guardians: The Owls of Ga’Hoole director, but we’d like to second that.

Nolan, Goyer and Snyder on one project? The only way this Superman reboot could be more exciting is if J.J. Abrams were involved somehow. It’s totally dripping in awesomeness.