Former Desperate Housewives star Dana Delany is the latest celebrity telling their cautionary tale of beauty enhancement. In an interview with Prevention, Delany recalls her early battle with food and how her experiment with Botox went wrong. 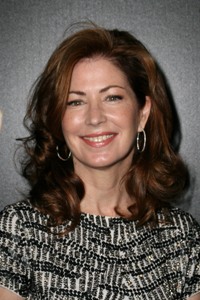 After taking her dermatologist’s recommendation that she try Botox, Dana Delany told the magazine, “He injected my forehead, hit a nerve, and created a huge hematoma. The nerve has been dead ever since. It affected the muscle in my right eye, so my eye has started to droop a little bit.”

Delany readily admitted she notices it more than anyone else, but pointed out, “I was symmetrical before and now I am not.”

In the same interview, Dana Delany also confessed to binging and starving when she was in her teens and 20s. She shared, “I was one step away from anorexia — a piece of toast and an apple would be all I’d eat in a day.”

Thankfully the Desperate Housewives veteran got healthy when she landed her breakout role on China Beach when she turned 30 and started eating healthier in order to keep up with the long hours on set.

These days Delany takes the natural approach to her appearance by walking on a treadmill and hitting the dance floor to keep in good shape.