Susan Boyle’s visit to Dancing With the Stars has been cancelled and Michael Bolton is stepping in to sing on the Dancing with the Stars results show. Immediately, a question comes to mind: Will Bruno Tonioli apologize to Michael Bolton for his comments about his dancing? 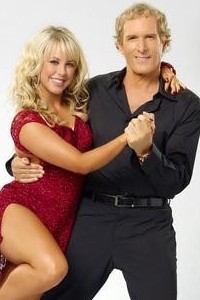 Just yesterday, SheKnows reported that Susan Boyle would be hitting the Dancing With the Stars stage to perform Leonard Cohen’s Hallelujah. We were confident there’d be no repeat of the drama that kept her from performing Lou Reed’s Perfect Day on America’s Got Talent last month.

This time, however, there’s no drama. It’s just a medical thing. Susan Boyle, the 49-year-old mega-hit caught something during her flight from Scotland.

“Her doctor advised her not to sing due to a severe throat infection,” a rep said. “Susan is very upset at letting her fans down. Their continued support means so much to her.”

Boyle may end up making an appearance, even though she can’t croon, and if her schedule permits, DWTS may just call her back to the stage for another episode. She still has time to promote her new album, The Gift, which goes on sale November 9 and is already breaking records in presales.

Meanwhile, even more surprising than Boyle’s having to back out is her replacement — shafted contender Michael Bolton!

An insulted Bolton went on to tell Good Morning America the judge owed him an apology, especially because Mother Bolton had flown all the way out to see the show.

“While we respect the feelings of our celebrities and dancers, we don’t feel Bruno should be expected to apologize for doing his job,” DWTS producers said in a statement.

Fans are quite curious how tonight’s Bruno-Bolton reunion will go!

Ne-Yo will also take the stage tonight to debut his new single, One in a Million, and of course, one of the remaining celeb contenders will be sent home.

The Dancing With the Stars results show with Michael Bolton and Ne-Yo airs Tuesday at 9 p.m. on ABC.